WORKac’s garage Façade makes a parking a car into an unexpected opportunity for social interaction. In just four feet of depth, the facade packs in a vertical series of public spaces, including a gallery for graffiti art, a children’s play area with slide and climbing wall, a garden with a single palm tree, a DJ platform on top of the egress stairs, a lending library, listening lounge, fountain, bar, car washer/charger, and space for pets.
At the roof level, a few parking spaces are removed to accommodate a small auditorium and beach space. A reservoir collects runoff from the roof to irrigate the garden.The public spaces and connecting staircases are expressed on the façade as a series of mesh-screened tunnels, like an ant farm of urban activity presented to the street below. 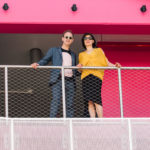 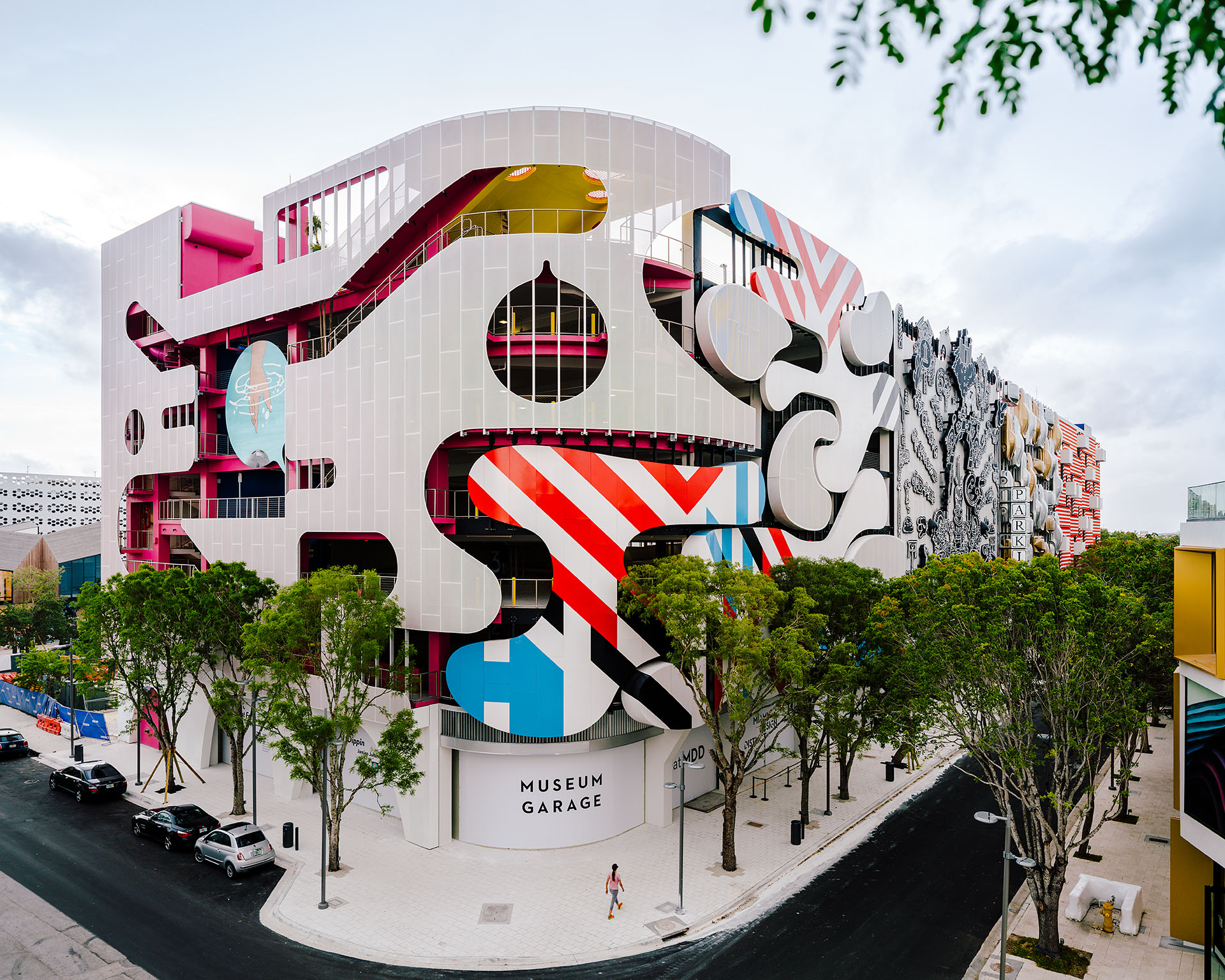