The project for Estudio Vonna is built with distances.

The new separates from the existing. Thus, the shop window carpentry is attached to the facade anchoring from the outside, “presenting” the existing structure, appropriating its qualities, detaching itself from it and putting it in value. Its execution, its assembly and its detail are a presentation of the interior intervention.

The carpentry is folded to distance itself from the street and welcome the client in a “domestic” space. Its delicate materiality steps away from the bare space that surrounds it and from the movement of the street. The marble that defines the interior showcase plinth leans out of the street and invites to enter.

The intervention on existing materials is focused on recovering their “gross” qualities. The terrazzo tiles are diamond polished. The suspended ceilings are dismantled and the building concrete skeleton appears. The surfaces are undressed revealing their folds, their superimposed accidents, allowing a glimpse of excavated time.

In the main space, the new materials near the existing ones through joining elements like brass profiles in the marble cuttings, wood strips in the partitions supports, or metal anchors in the pine wood uprights of the samples exhibition wall.

There is a writing of time, in which each line can be thought of as a boundary between two incessantly forking and crossing times. The project juxtaposes in the same space two successive cuts, revealing the space between them: a temporary space, in which the trace acquires thickness, an architecture built from the experience accumulated in the traces. 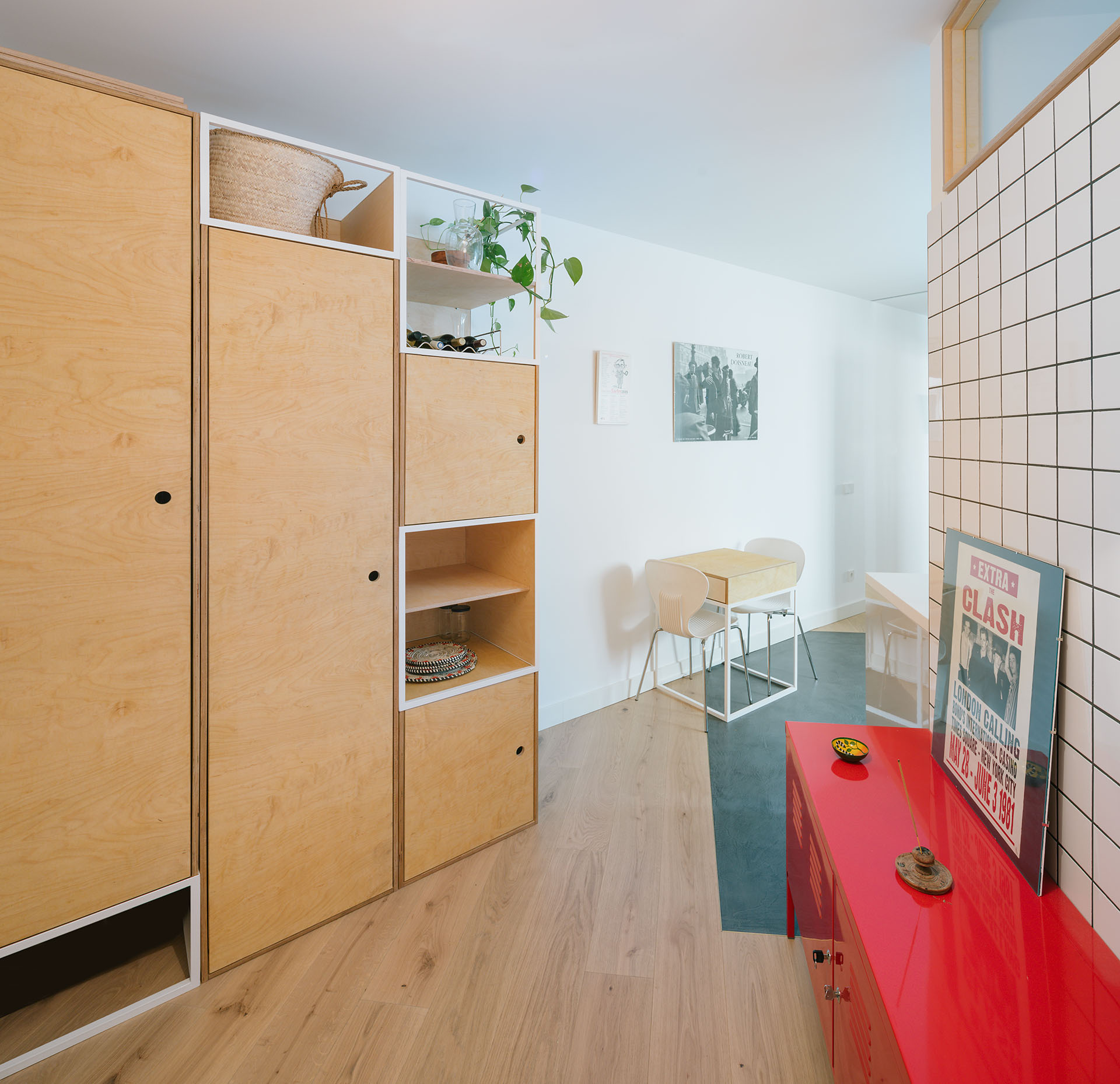