On a sloping plot with privileged views, we were asked to build a house essentially on one level, in which the kitchen had to be an outstanding element. With these premises, along with the desire to capture, as far as possible, the surrounding open space, the house was organized around two courts: one called the sun patio, oriented towards east and south, where the pool is located, and the shadow patio, facing north, more intimate and informal; the kitchen serves as a connecting element, participating simultaneously from both of them. The pool, transformed into a pond, extends right to its edge and aims to enliven it with a constant play of reflections.

The living area, which occupies the central position of the scheme, opens towards the sun patio and revolves around a huge hanging fireplace, which defines two distinct areas. Surrounded by a skylight and an impluvium shaped roof, at noon the fireplace becomes a large lantern that illuminates the whole central area. Finally, the bedrooms are grouped into two volumes which soar over the lower part of the site and dominate the landscape as watchtowers.

Constructively, rough textures and presence of matter were sought: the dominant materials are a slightly granulated concrete below ground level and masonry of handmade bricks above it. From the street, the latter appears as a substantially continuous skin, punctuated only occasionally by lattices made of the same kind of brick. 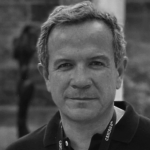 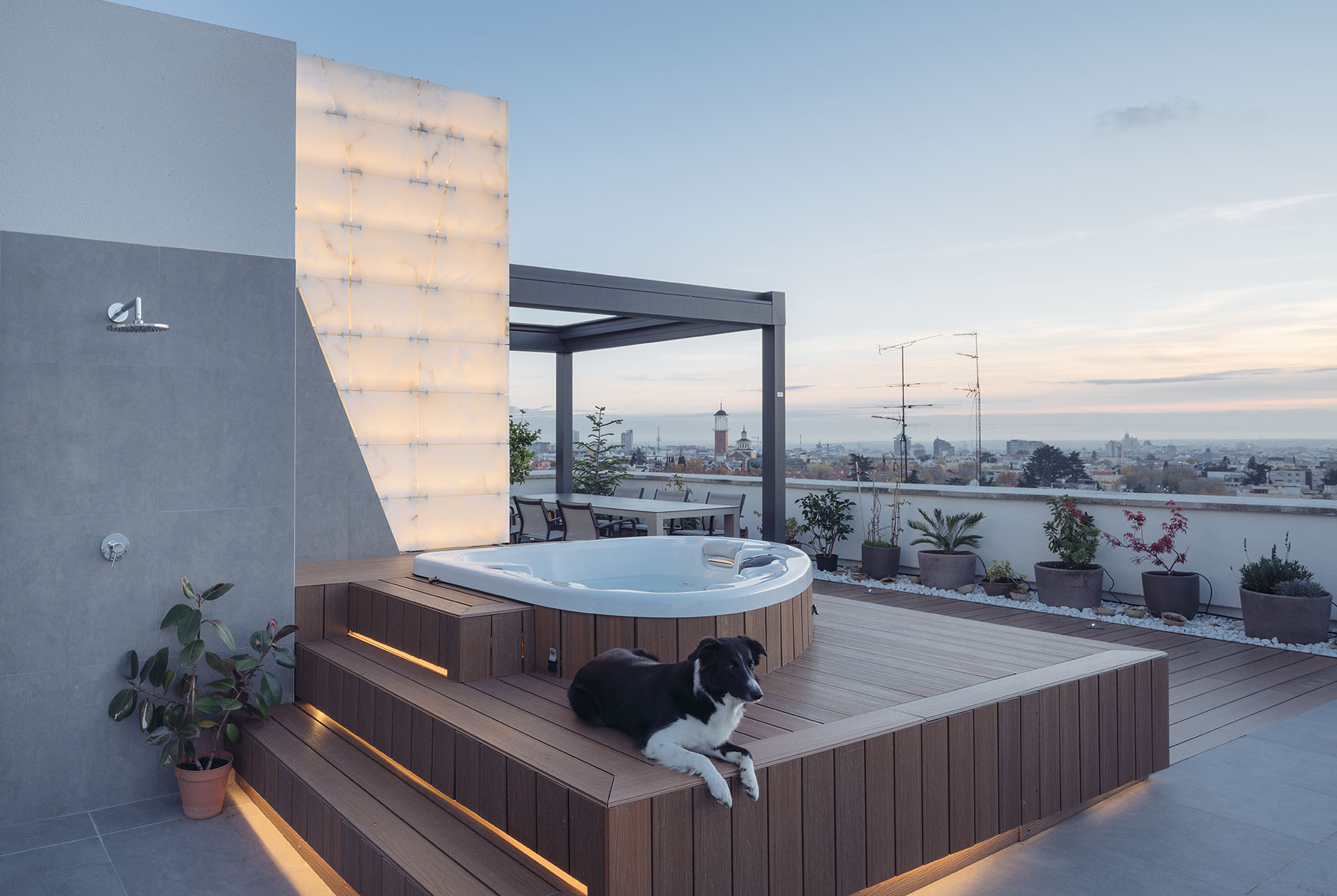 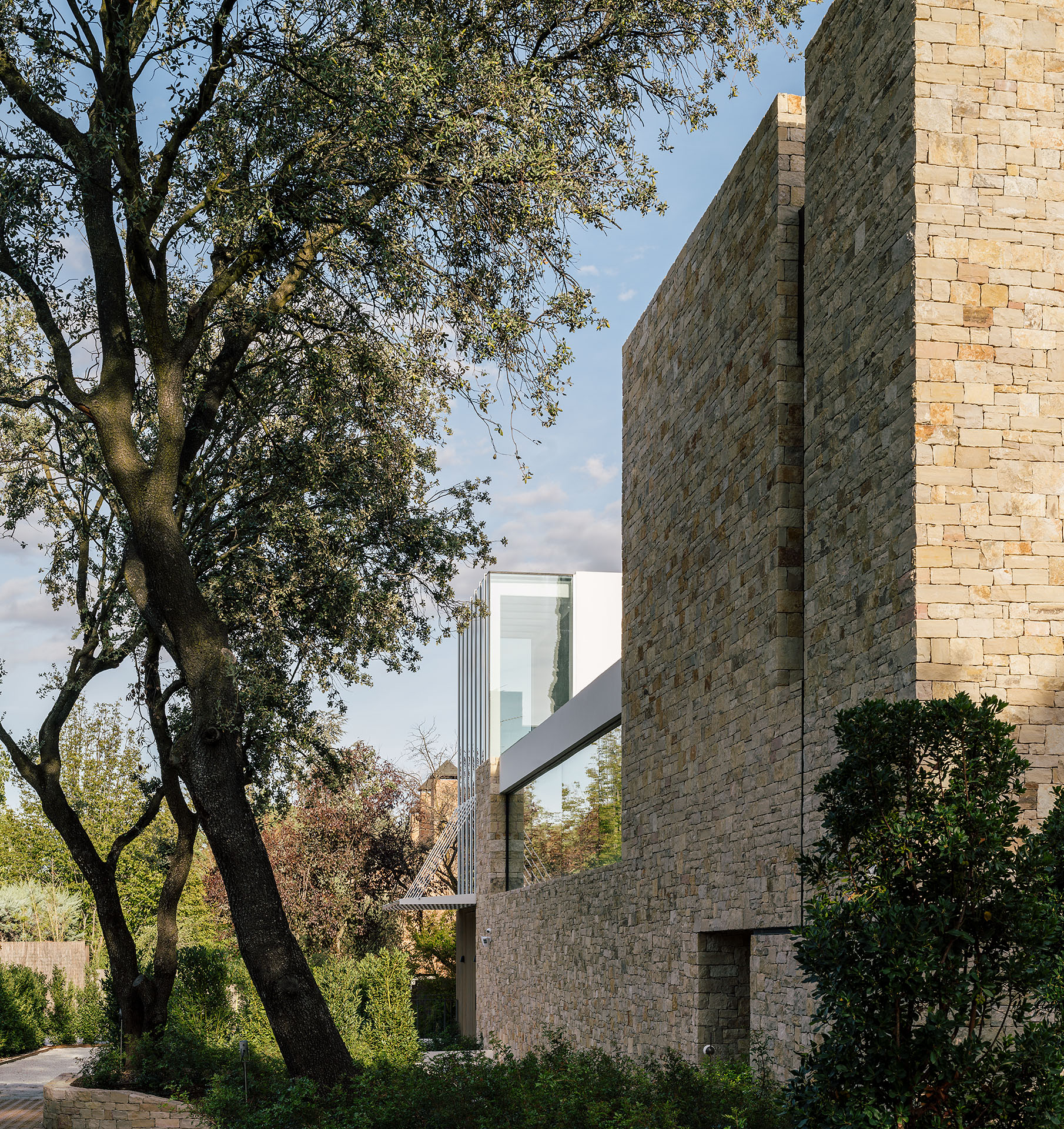