The everyday life and customs of the hebraic community of Alburquerque is well known since the middle ages. Cult would take place in a synagogue that both tradition and some authors locate at C. Derecha 15, in the ‘Villa Adentro’, the walled center of the village, North of the Castle hill.

The estate needed an interior renovation in order to comply with the requirements of a commercial-corporate use, with the possibility of sporadically hosting guests. Exterior rooms are kept in their previous shape, with small openings scattered across the façade. Instead, interior spaces needed some resource to get natural light and ventilation, given the strict local legislation that would not allow skylights nor roof windows… Therefore a large chimney was erected to achieve a double aim: to channel the ventilation (natural and mechanical) of bathroom and kitchen, and to provide natural light to the interior room and the double height kitchen, turned into the core of the house.

A massive table, carved out a single piece of marble from Alentejo turns the kitchen (ironically enough) into the operations centre of a renown iberian pig producer, giving rise to gastronomic rituals to greater glory of pork meat, something would have somehow profaned the ‘sacredness’ of the original building. 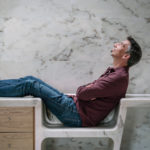 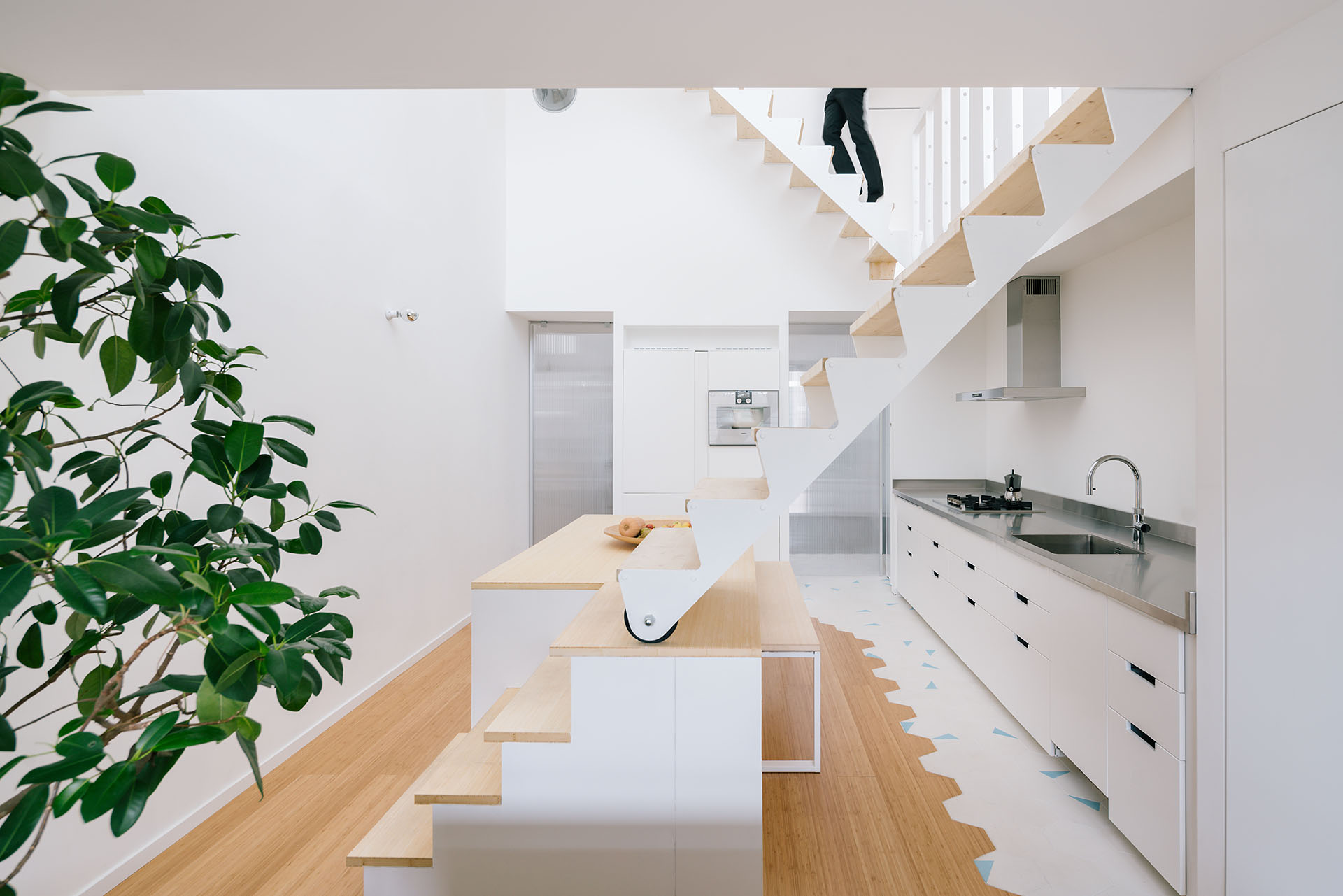 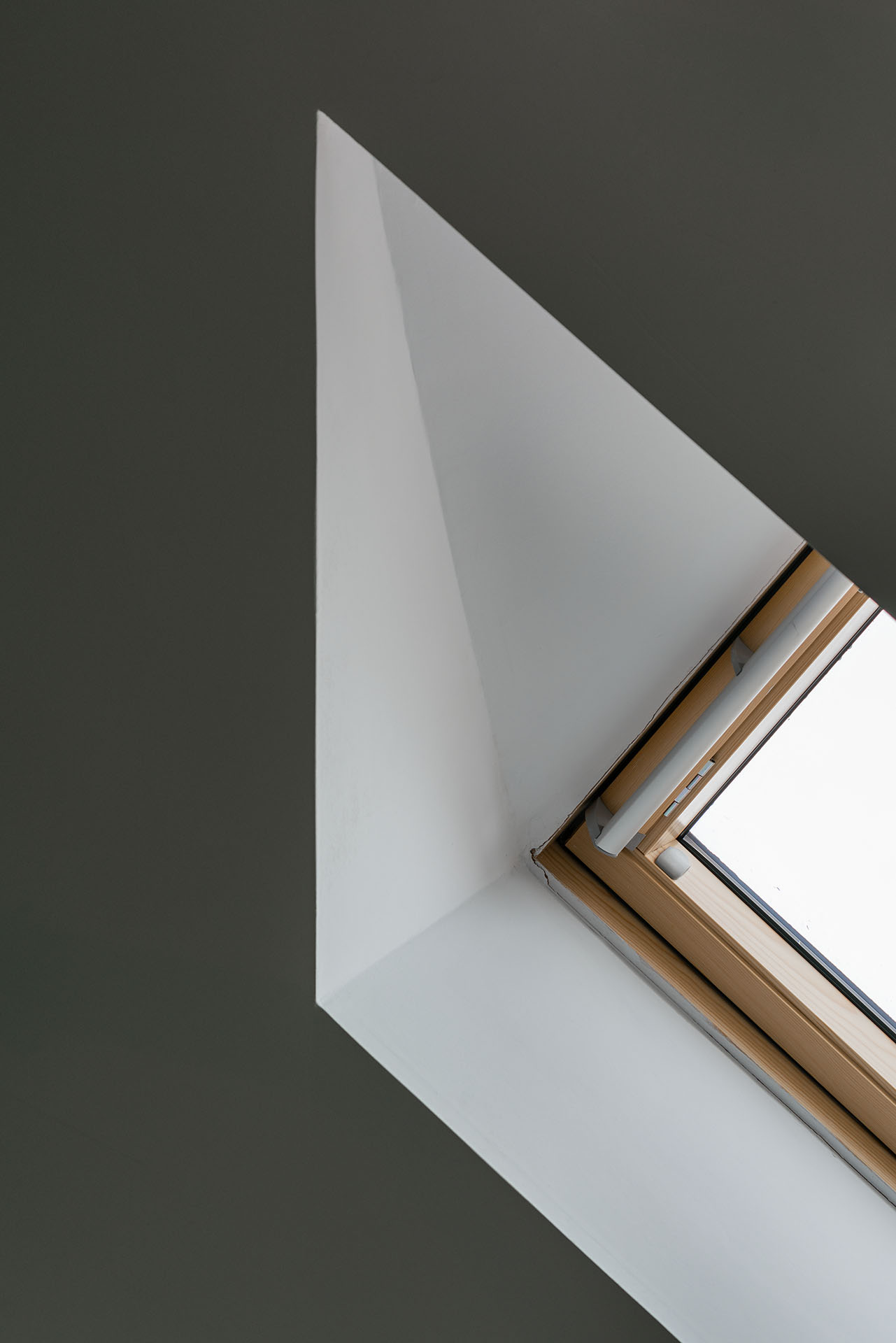 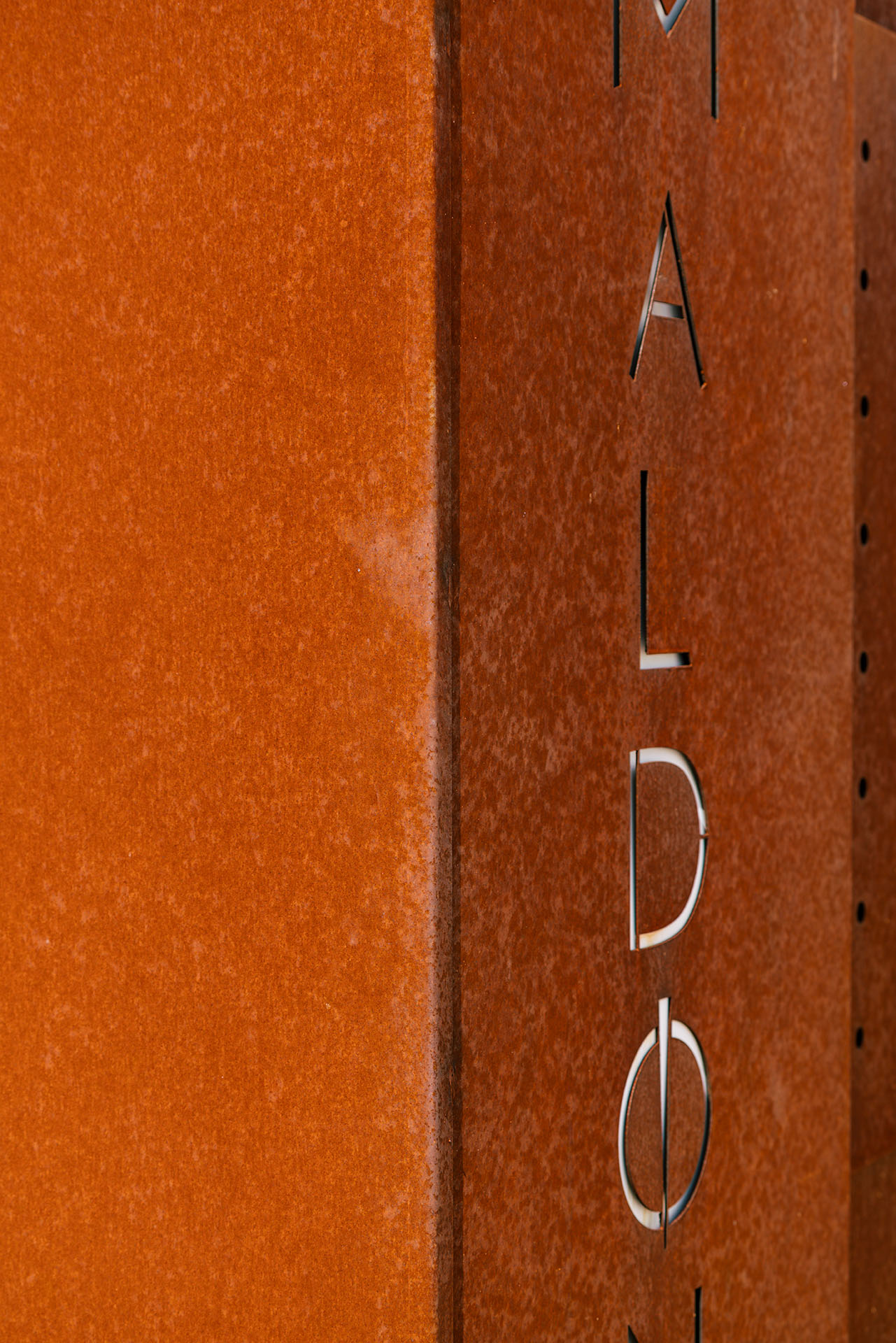 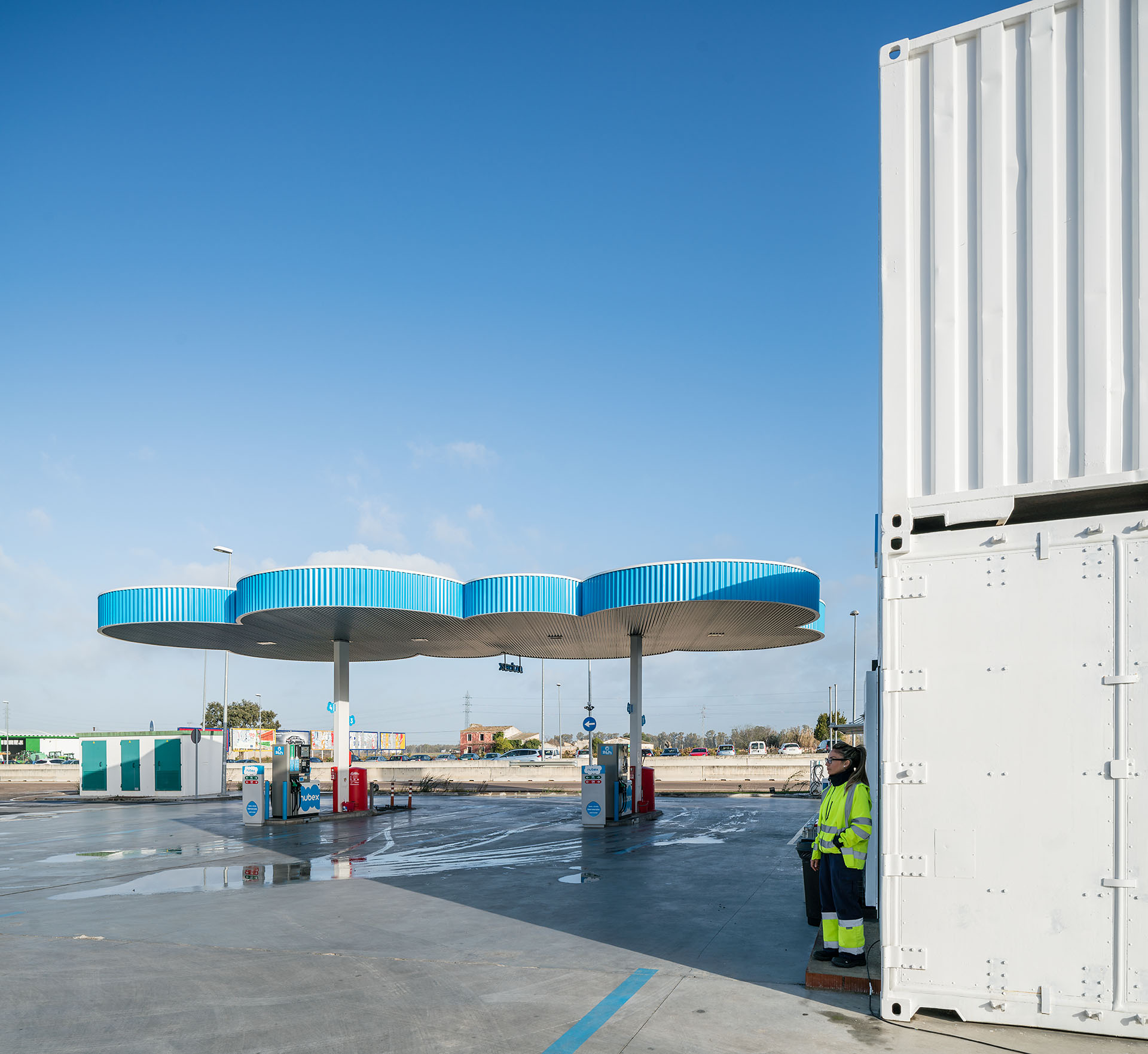 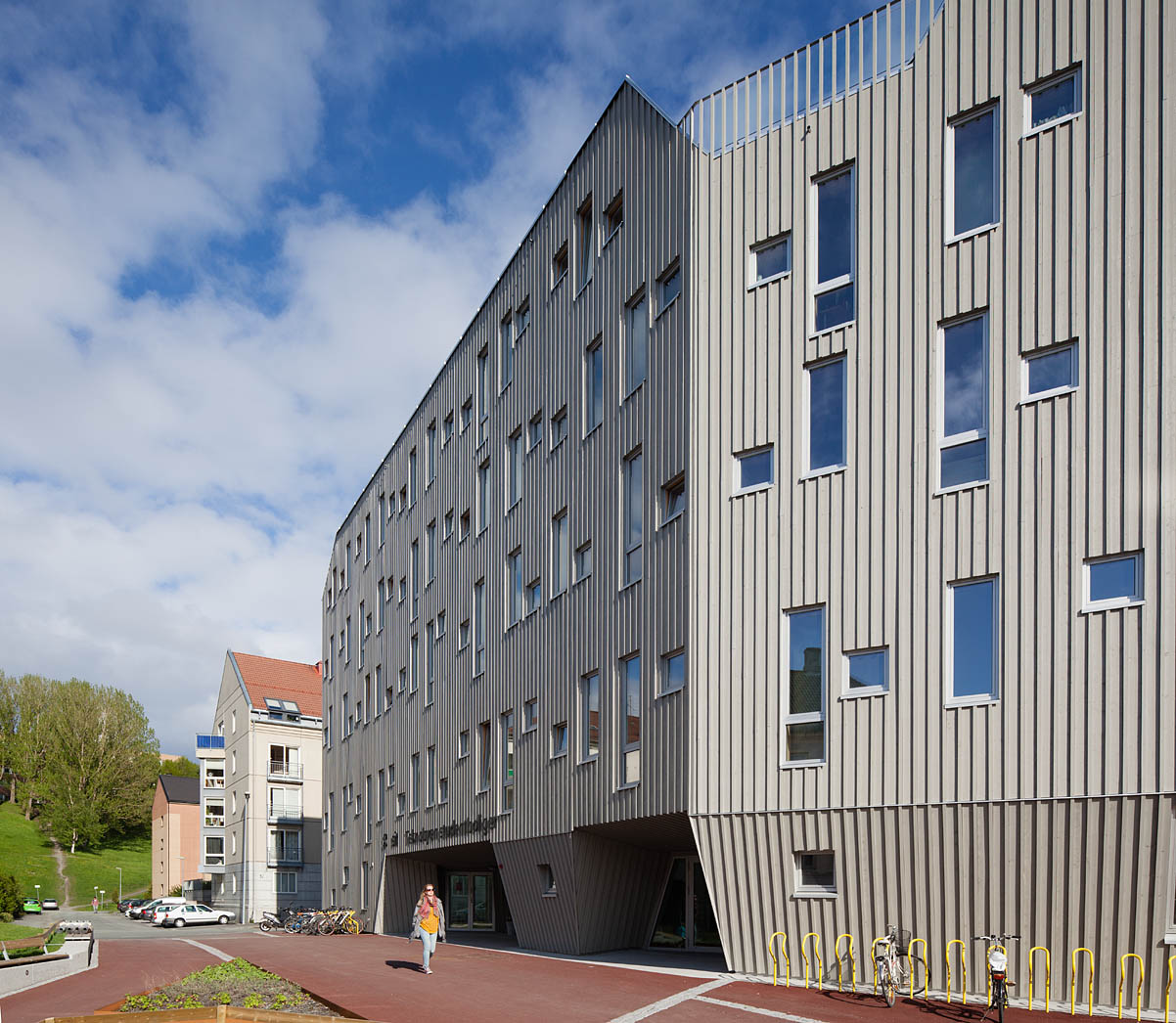