stoREDhome
by gon
Redesign of an attic in the Justica neighborhood in Madrid.

In the last fifteen years in which Andres had occupied a room in his sister’s house, he stored in the basement storage room all those objects and furniture that he had acquired in different design houses.

Last January he called me for a coffee after having closed the purchase of a 78 m2 attic on Calle Pelayo for 210,000 euros.

“Gonzalo, I want to live alone. I need a lot of light and darkness to sleep. I am a shivery person. I hate air-conditioning. I work on the weekends at home and I organize meetings with friends but I never have parties. I collect contemporary art. I like to eat outside the house and read on the couch. I take long showers and I’m obsessed with the order. I have 40,000 euros to redesign and I want to celebrate New Year’s Eve at home.

How could I make the best home for Andrés, that meets his wishes, in a relatively small attic, in the center of Madrid, with a tight deadline and a limited budget?

The house was a watchtower with small windows, without natural light, compartmentalized and oriented to an interior courtyard. The decision making was clear: Empty the space by removing false ceilings and partitions, creating holes to the east towards the patio and the silence, to the west towards the city ​​and people and in the ceiling to the blue and unique sky of Madrid; and crossing the space by a magnetic line that radiates redness and attracts all those objects capable of being perfectly stored. In other words, abandon the emptiness so that Andrés defines each space when he occupies it. The simplest solution is usually the correct one.

The project is solved from the storage with the decision to build a standard red, bright and continuous furniture that articulates the whole house; an object of 14.50 meters in length, 0.60 meters wide and a volume of 22 27 m3 made from modules of kitchen cabinets that run through the house adapting to it like a glove.

On December 30, 2017 at eleven o’clock in the morning a van went to Pelayo Street transporting Andres’ furniture, objects and books. While the operators unloaded and carried all the stuff, Andres carefully placed his belongings inside the house.

I was the one driving the van. 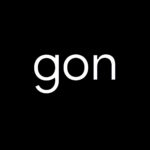 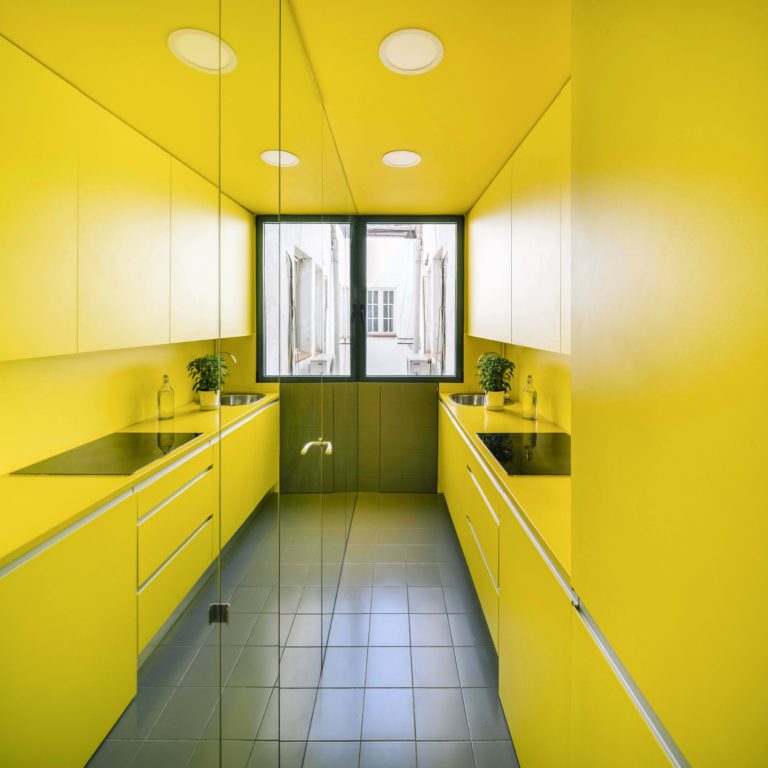 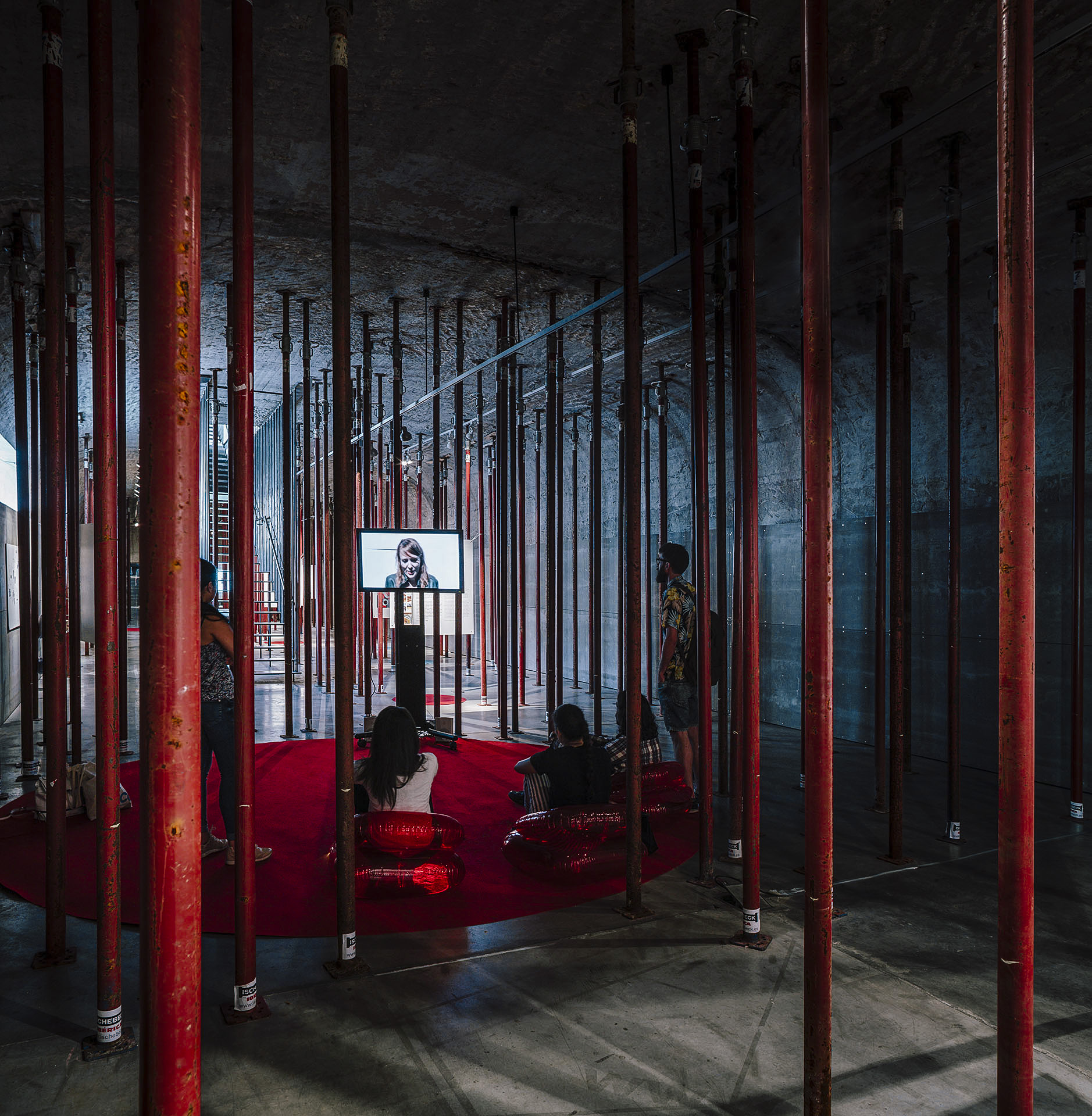 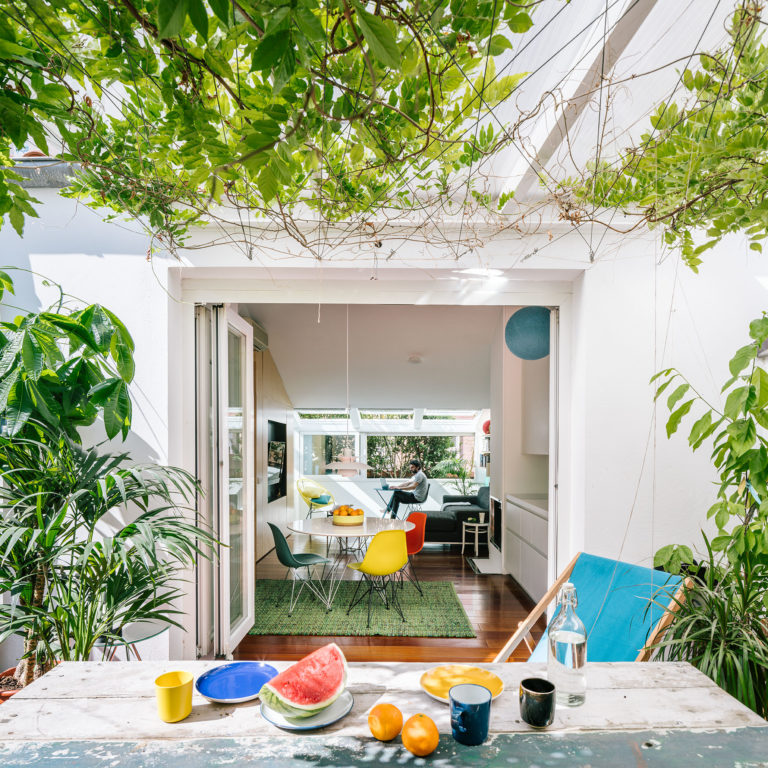 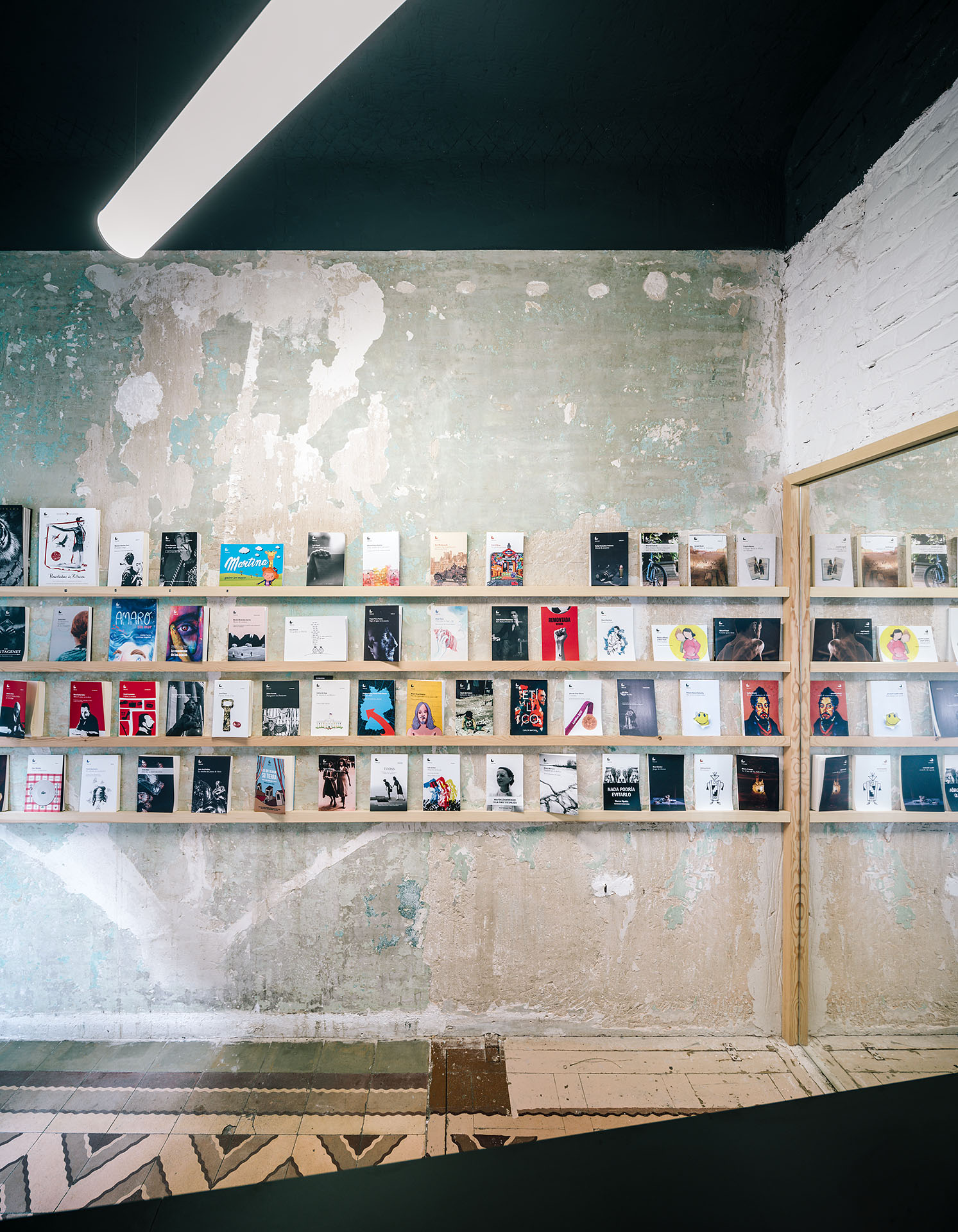 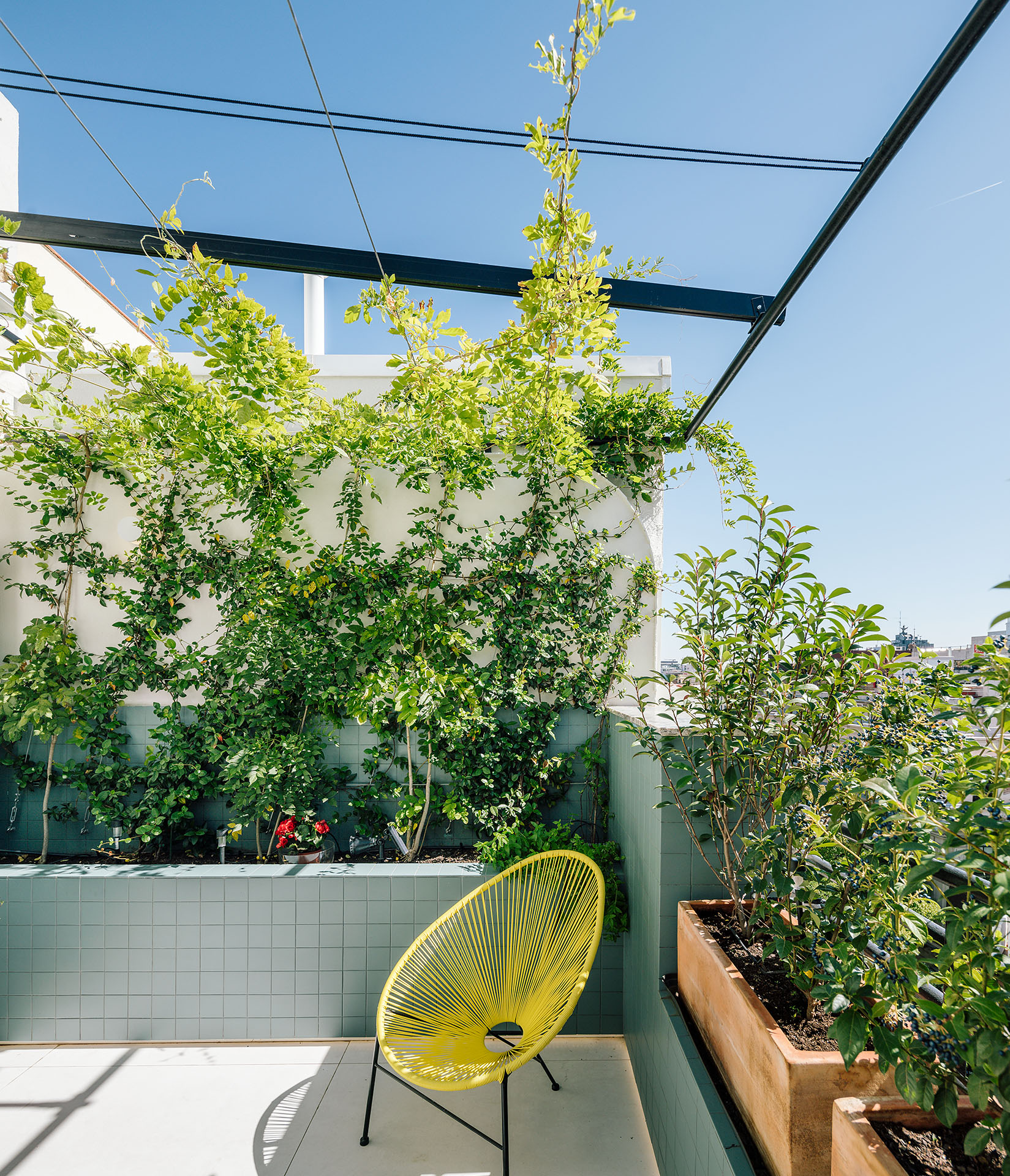 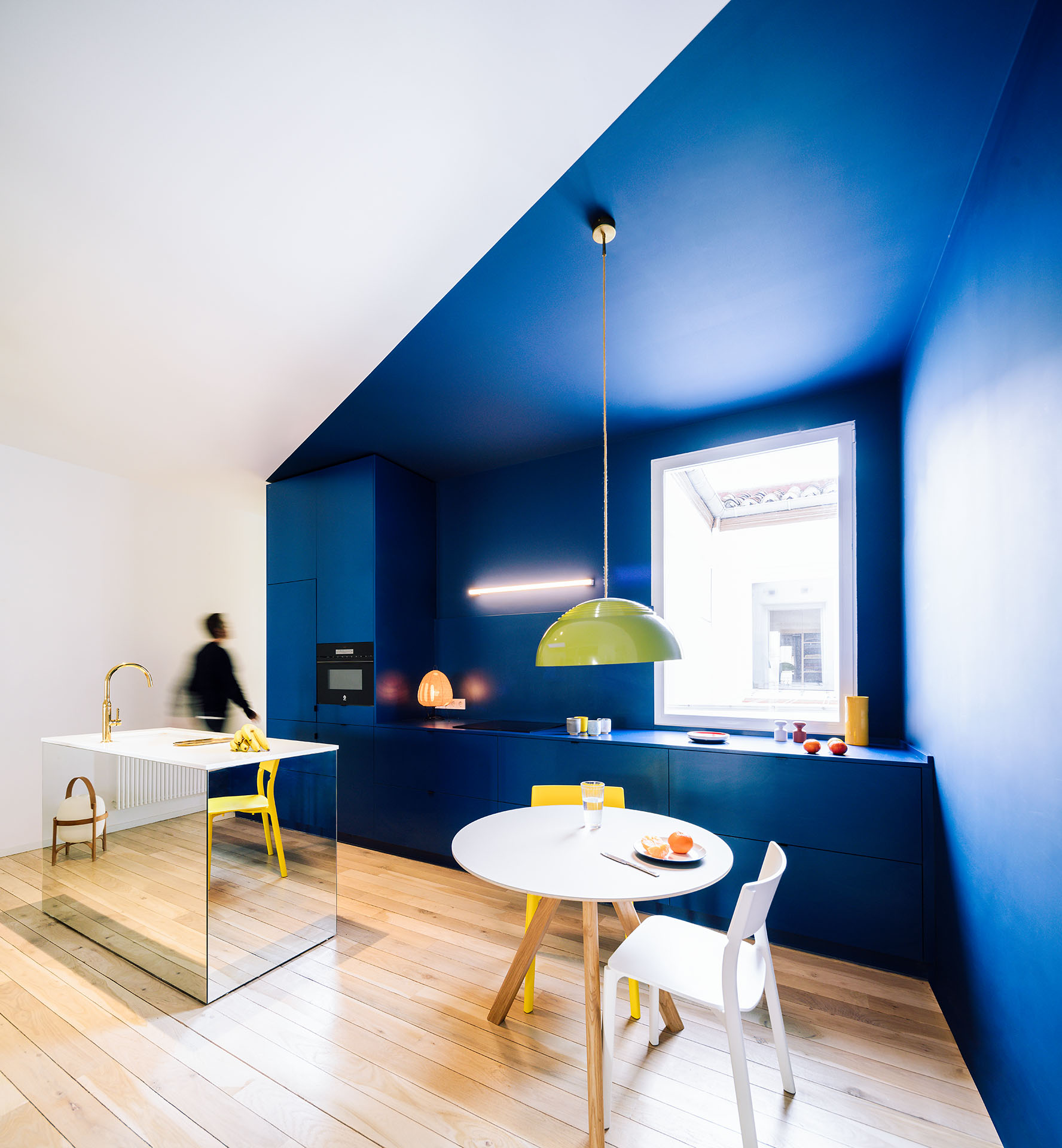 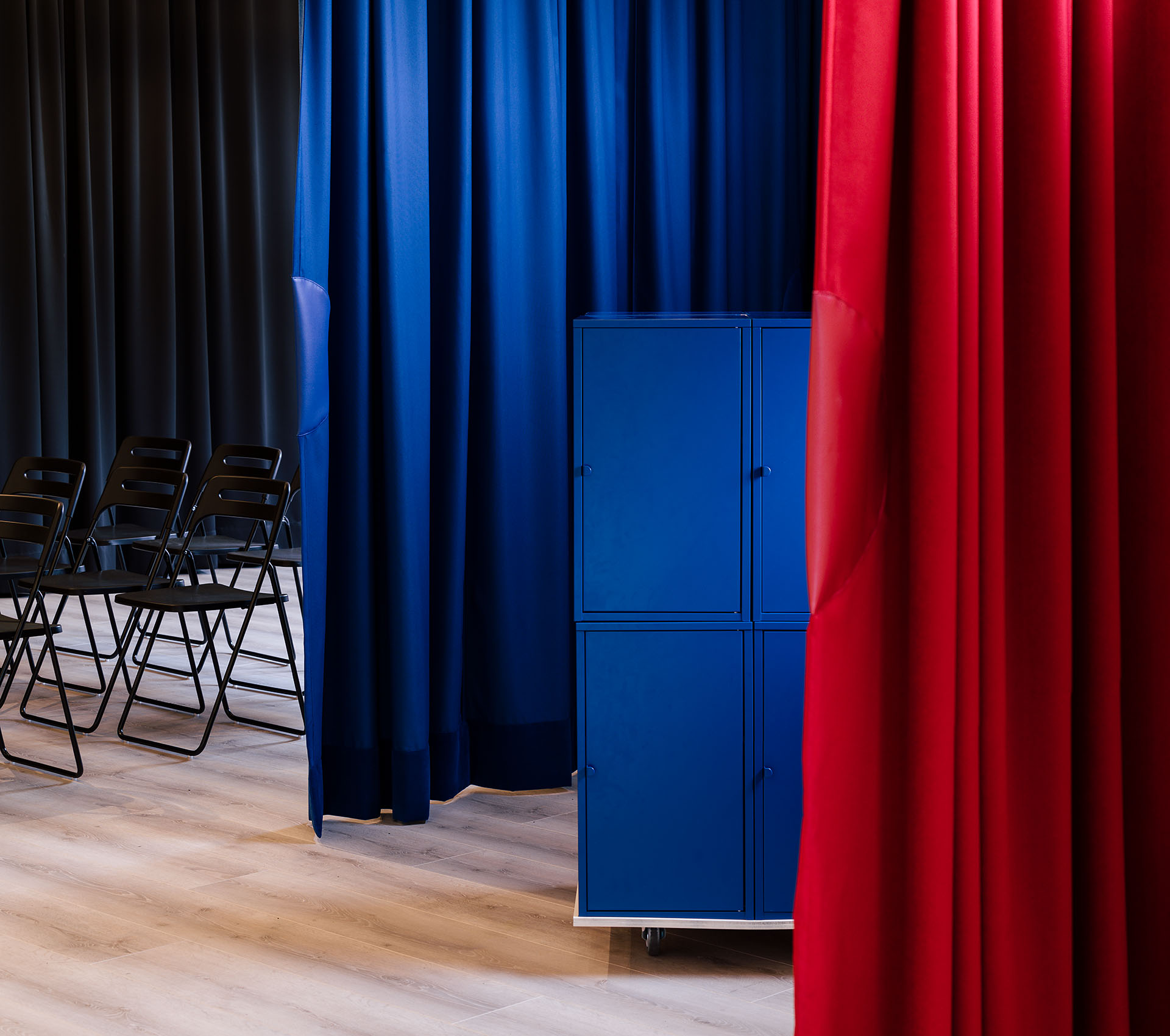 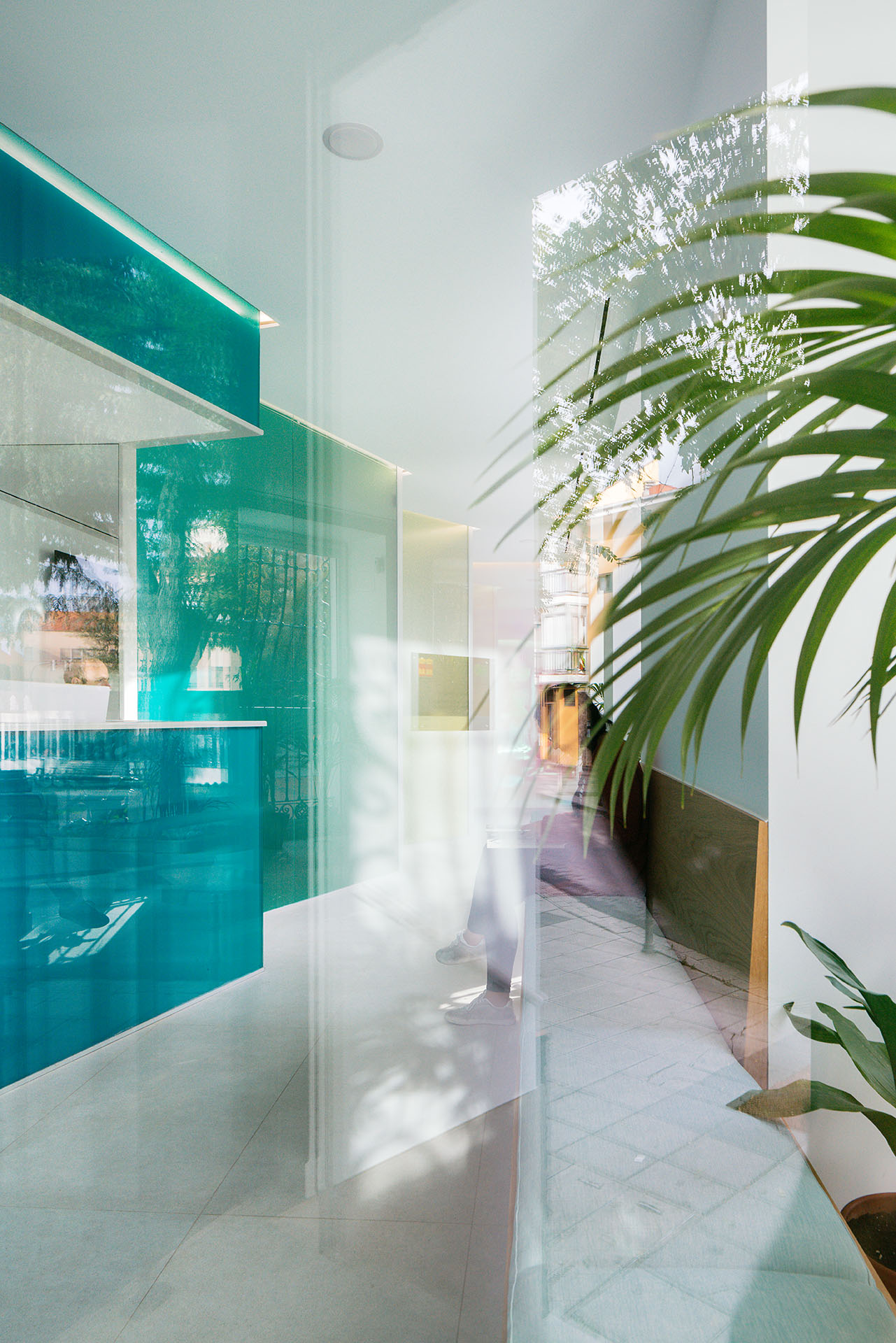