The owners of this 260 sqm flat in Madrid commissioned Binom to transform it into a home with a contemporary feel that would nonetheless be timeless and enable the family to live in it for many years to come.

The original post-war interiors have remained largely intact as the apartment had only belonged to one previous owner. The new owners have small children and a live-in nanny. One of the key aspects of the design that they wanted to achieve when working with Binom was a flexible layout. It was important to them that as their children grew, the apartment could adapt to the family’s changes in the need for communal space for play and private space for studying.

The kitchen is made of timber as requested by the client. We found that the red tone of pear wood (a material the practice is very familiar with from before) would go well with the grey tinted oak, creating a warm contrast. The light grey resin floor in the kitchen is again a welcome contrast to the red pear wood juxtaposing the notion of a cold and warm colour as well as that of absorbent wood and reflective resin.

Part of the kitchen space becomes a winter garden, meaning an in-between space with double glazed enclosure: it could become an outdoor garden space in summer, be incorporated to the indoor kitchen or act as a thermal buffer zone in winter where both enclosures are closed.

The entrance sequence of spaces is shaped with screens of different nature that wrap the spaces. We used tinted grey oak paneling for the entrance lobby. It also plays on perceptions by being both light and heavy, modern and traditional. 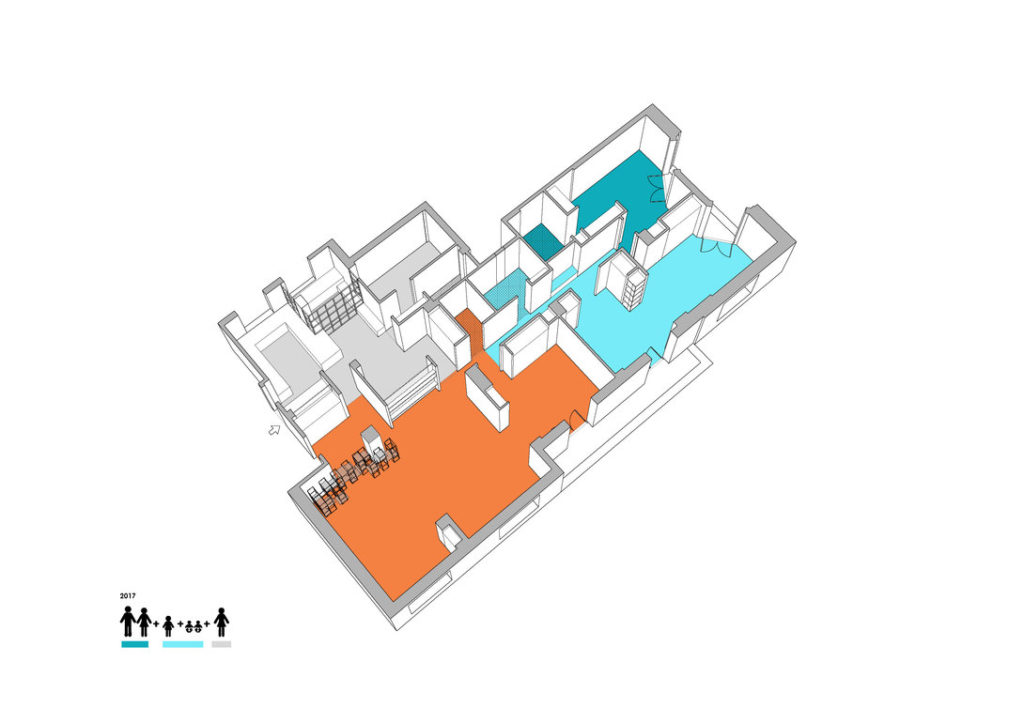 The bespoke units for spacing dividing and storage and the distinct material palette used throughout the apartment are about layering; something we enjoy doing on our projects. Layering is about framing and defining areas yet also inviting glimpses into interesting elements of their designs, thereby allowing spaces to unravel and become cohesive. Sometimes repetition of materials is used to achieve a sense of continuity and familiarity.

This notion of making room for youthful energy in the home is a defining character for the project as is creating a sophisticated urban home that adults can feel comfortable using. Striking the right balance between the two has perhaps been made easier because Binom’s architects know their clients very well and understand their desired equilibrium between informal and formal living. Binom calls the project “Play Full House” in response to both accommodating child’s play as well as playing with different ideas.

The clients’ desire for flexibility is part of this playfulness. For example, Binom responded by working with the plan of the apartment so that rooms could be interconnected or shut off from one another when required. Sliding double doors between rooms that easily double up the space required for instance during children’s parties.

Partitions replace solid walls making the apartment seem more permeable and less rigid. An important consideration was to keep natural light flowing through and Binom took care to leave gaps between the partitions and the ceiling especially in otherwise darker areas of the home such as the corridor, entrance lobby, and bathrooms.

The material palette incorporates contrasting feelings and perceptions: soft warm fabric upholstering and cold sharp blackened steel handles for instance. The use of fabrics in units has been significant in how the bedroom is realized. The large upholstered storage unit for clothes and personal items in the main bedroom is the principal feature in the space whilst creating a dedicated and secluded area for dressing. The bespoke quality of the unit located between the bedroom and the bathroom lifts the dressing area making it special to experience in its own right. 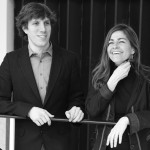 Marta Granda Nistal  Marta studied architecture at the Universidad Politecnica of Madrid (ETSAM) and the Illinois Institute of Technology, Chicago. Having started her professional career in Spain and USA, she moved to London in 2004 where she joined Ron Arad Associates and was involved in several high profile projects including Hotel Puerta America in Madrid, a luxury apartment building in Camden and the interior design of the Dobrininsky building atrium in Moscow.

Marta is an Associate Lecturer at the School of Architecture, Central Saint Martins University. She has previously taught architecture at the London Metropolitan University, The University of Greenwich and Sheffield University, as well as being lecturer and guest critic at other universities in UK and USA.

Gonzalo Coello de Portugal Gonzalo studied at the Universidad Politécnica of Madrid (ETSAM) and the Universitá La Sapienza, Roma, and is a registered architect both in London and Madrid. Having taught at the University of Greenwich, he is currently a design tutor at London Metropolitan University and is a regular guest external critic at the Welsh School of Architecture.

Gonzalo worked in Rome and Madrid before spending five years at the award– winning London–based practice Eric Parry Architects. He was involved in numerous projects in London including an office building in 60 Threadneedle St, an art gallery in Mayfair, and the extension to the Four Seasons Hotel on Park Lane. He also worked in Kuala Lumpur for the development of a luxury condominium, and specialised in high end residential schemes in central London, being the project architect for the refurbishment and new–build works to a Grade II listed building in Belgravia. 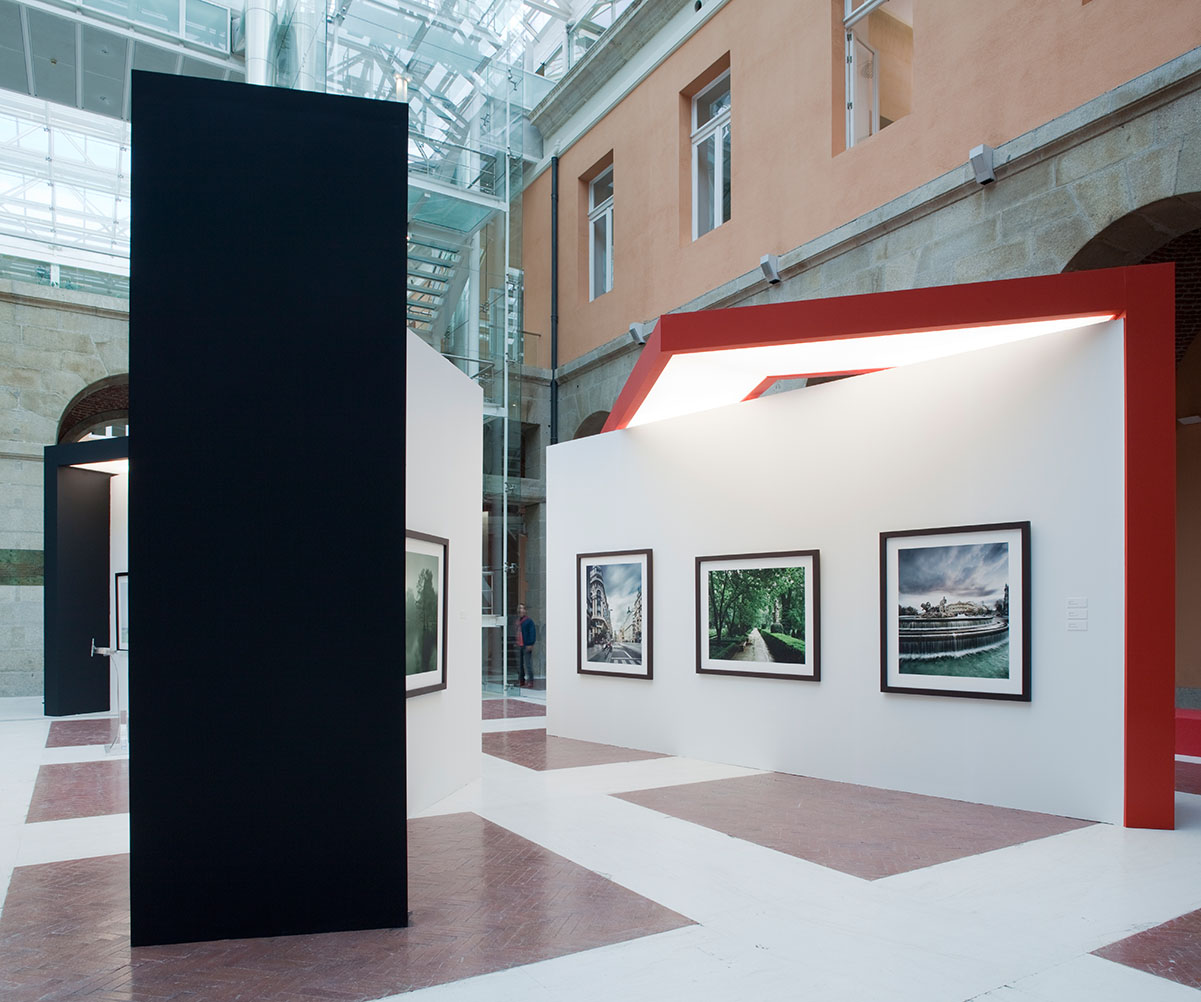