Texto memoria The nature of this project makes telling about its process of thought and development as relevant as communicating the result. For that reason, it is so important for us to tell that as a part of the description.

The period that started when the client accepted the proposal converted in a hectic time during which not only had we developed the project but also we had to find the specialized company which wanted to build it in the limited time respecting all the constraints we had.
After several meetings with different companies we had during the next weeks, we didn’t find one which wanted to take the challenge because of the complexity of the execution and short time to do it. At the end of October, the situation was difficult, then we found an Italian company which was interested in developing the project. They were able to carry out the project in time with some limitations that we will have to deal with during the development.
In November, just a month before the restaurant closed, we had started officially collaborating with this company on the construction of the wooden structure. At the same time, we had been working with other companies in the development of other elements that completed the project. However, all depended on the structure and its design and building system.
All must have been curved and fit with the structure. In this way, the vertical glass façade, one a folding part and the other fixed part, must have been curved and measured according to the roof. The rest of the elements similarly must have to be shaped according to the structure geometry.
The short time that we had to work on the site, forced that all the architecture elements must have been produced in the factory following closely the project details, without a margin of error. In this way, we could have had all the elements ready in order to meet the short deadline on the installation on site.

The intervention on the site began just the day after the restaurant closed. First of all, we did all the masonry works and preparation of the site in order to have everything ready for the structure installation.
However, when we were completely ready to receive the wooden structure from Italy, we received bad news from there. The Swiss factory that was producing the beams was going to have three weeks delay in the delivery. If had started with limited planning, then we would have been past the deadline. The project was about to fail.
After several conversations and different replanning proposals, we decided to have a meeting in the factory at Orges, Lausanne, to discover what was happening and which was the real situation in order to find a solution. Finally, we agreed on a new delivery date and construction, reducing the delay as much as possible. We agreed that the complete wrap including wooden structure and glass façade must be finished before the restaurant opens. We would spend two more weeks completing the interior works with the restaurant working.
The on-site assembly was carried out as we agreed in a surprisingly short time. From February 25 to March 10 we tried to finish the structure and the façade. After that, we spent two weeks more on the interior works.

The complex system of prefabrication and assembly has resulted in a space where all the architectural elements serve to emphasize the special geometry. This is more than 120 square meters diaphanous space in which the interior and the exterior merge thanks to the façade permeability.
The roof structure is made of fir plywood. It is composed of one meter high beams that form a curved mesh in which each of its points is at a different hight. The shape and the location of each beam from a plan shaped like a shell limited by the site boundaries. It is composed of eleven main longitudinal beams crossed by five more radial beams. All of them form a curved mesh which defines the space.
The roof is supported on three points creating a complete diaphanous space under it. The back of the structure is based on a plywood cylinder in which the building installations are placed. Two extreme front points of the roof are supported by wooden columns.
The façade wraps the space under the wooden structure. It is formed by three different curved sides located under the extreme beams. The two lateral sides are composed of fixed curved annealed glasses of 3 cm thickness. The front is formed by steel doors that can be opened. That permits opening the entire front and introduce the exterior in the indoor space.
Between the existing building and the new structure a new space is created that separates the kitchen from the eating area. It works as an additional space for the storage service of crockery and cutlery. It is visually separated from the dining room by closing wooden slats that still allow the entry of natural light. All of the elements and furniture of this area are made of lacquered wood combined with some pieces made of oak wood.
The strict geometry of the structure allows the project to work like a puzzle. All the elements fit in the geometric order and they are integrated into the functionality. The use of complementary natural materials creates a cozy and warm interior joined with the exterior with the transparent façade.

mecanismo  is the result of the combination of a profound interest in materials and care for the execution of projects, with the obsession for investigation and innovation of new concepts.

It is an architecture studio located in Madrid, founded by Marta Urtasun and Pedro Rica, two young architects with a dynamic and different vision of architecture and its processes, that have succeeded in achieving a unique and own line of work, directly associated to the importance of details and conceptual innovation. Today, integrated by a nurtured team of young professionals specialized in the design, development and execution of projects, systems and architectural products, mecanismo focuses its activity to edification and to singular design.

The work of mecanismo in the development of projects comprehends the control of the whole process, from the initial conceptualization to the design of the last detail; at every different stage of the project. This labor entails a precise coordination of everyone that intervenes at every phase and thorough control of the execution, and results in a coherent, harmonic and functional architecture. 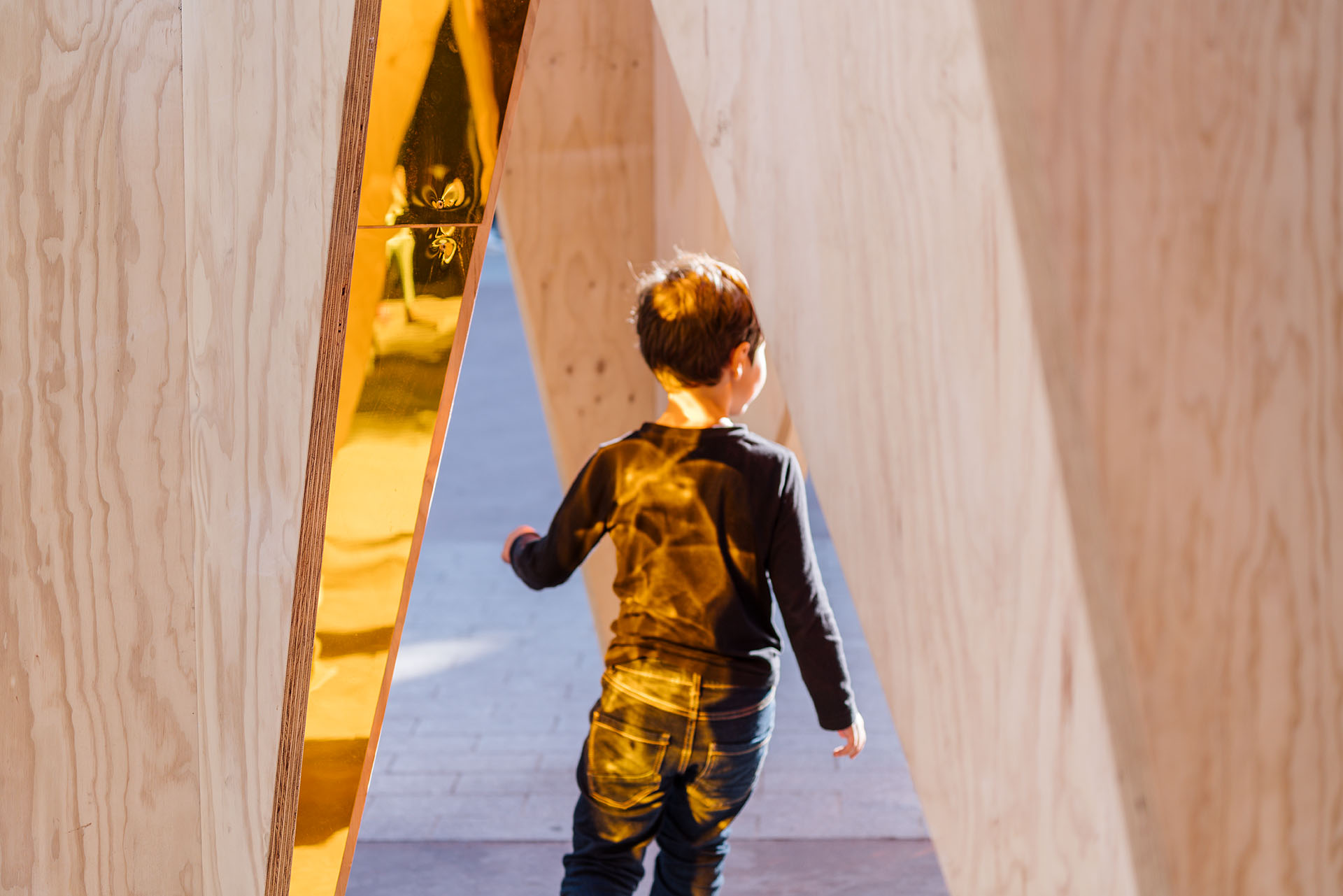 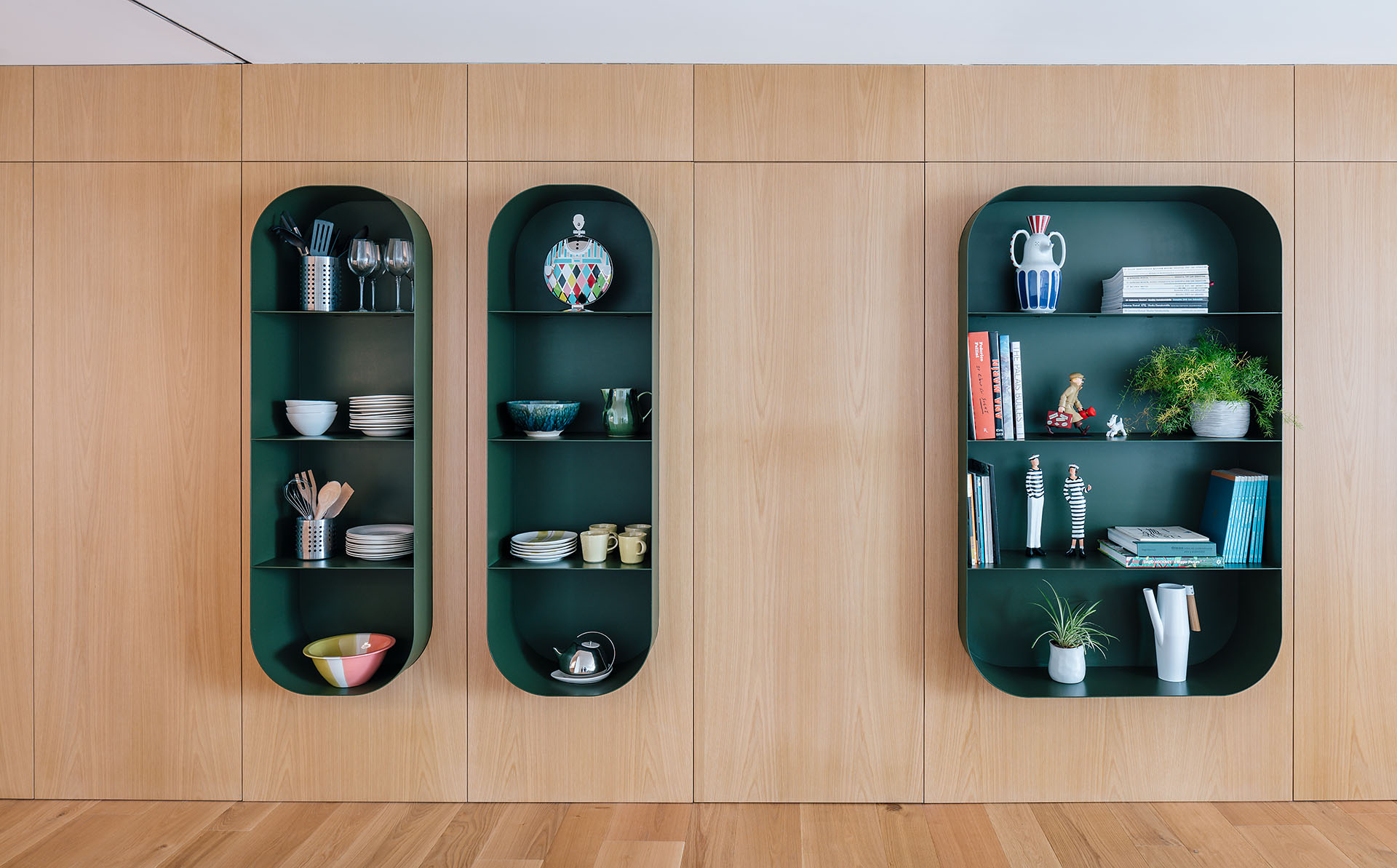 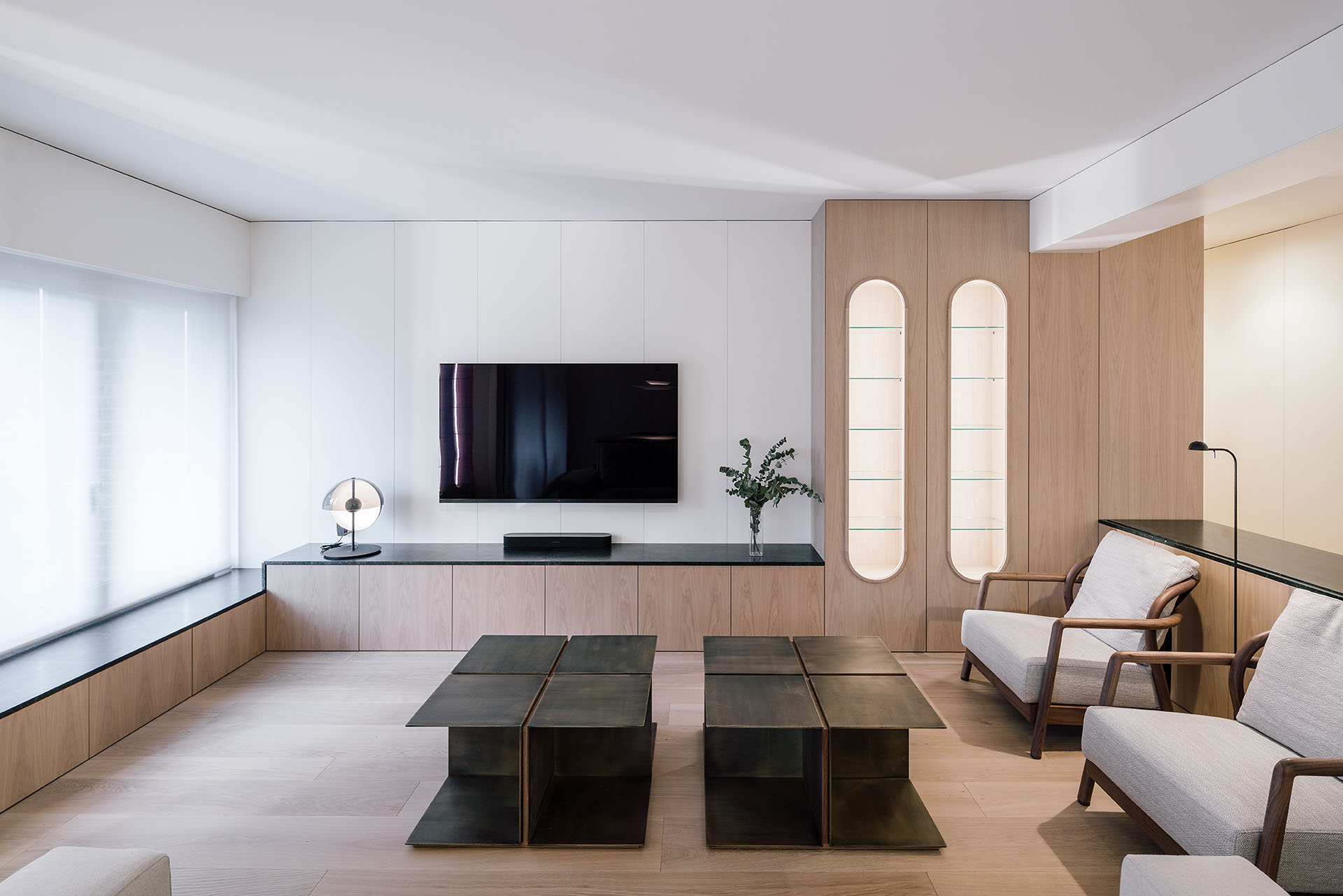 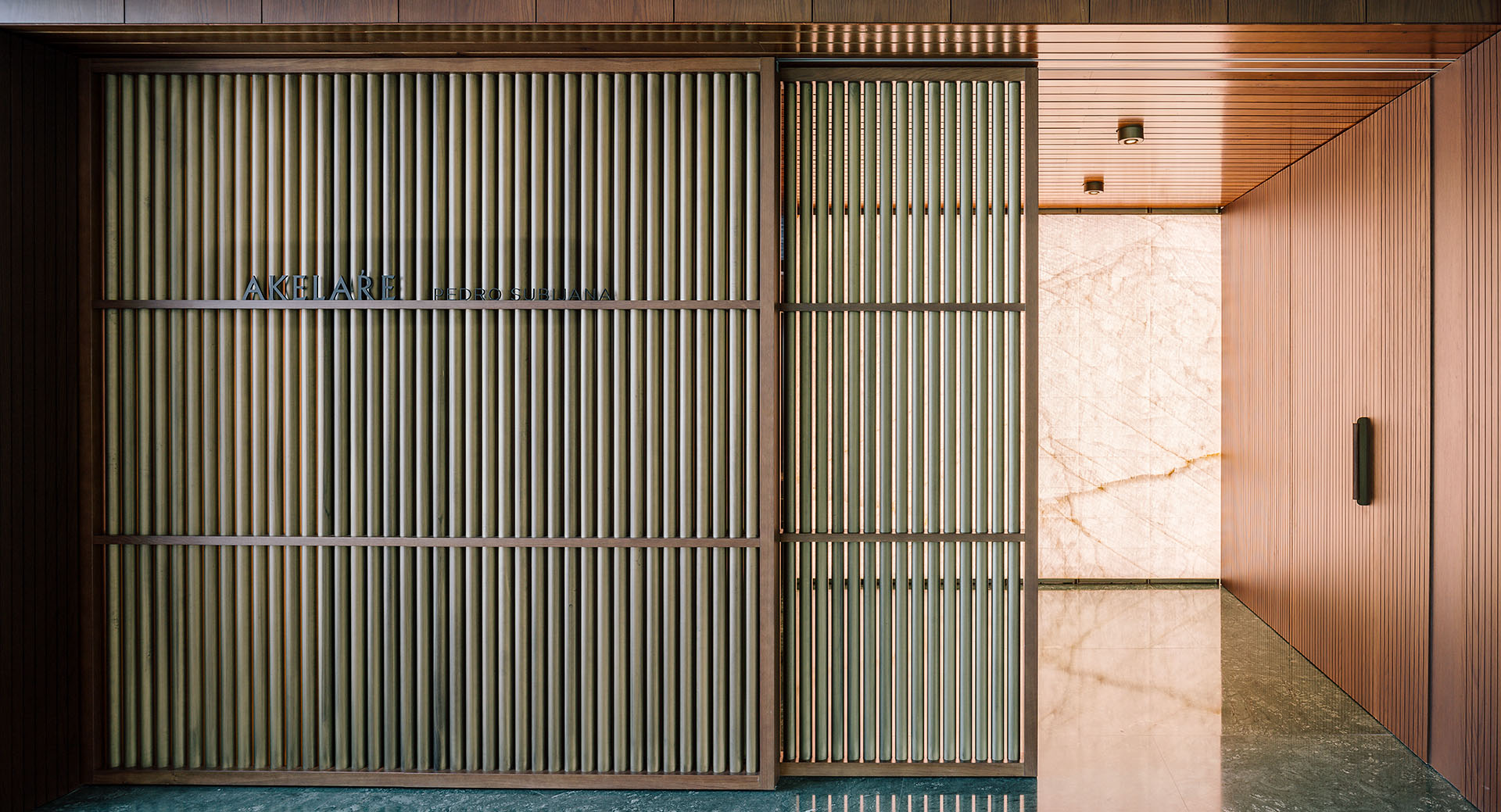 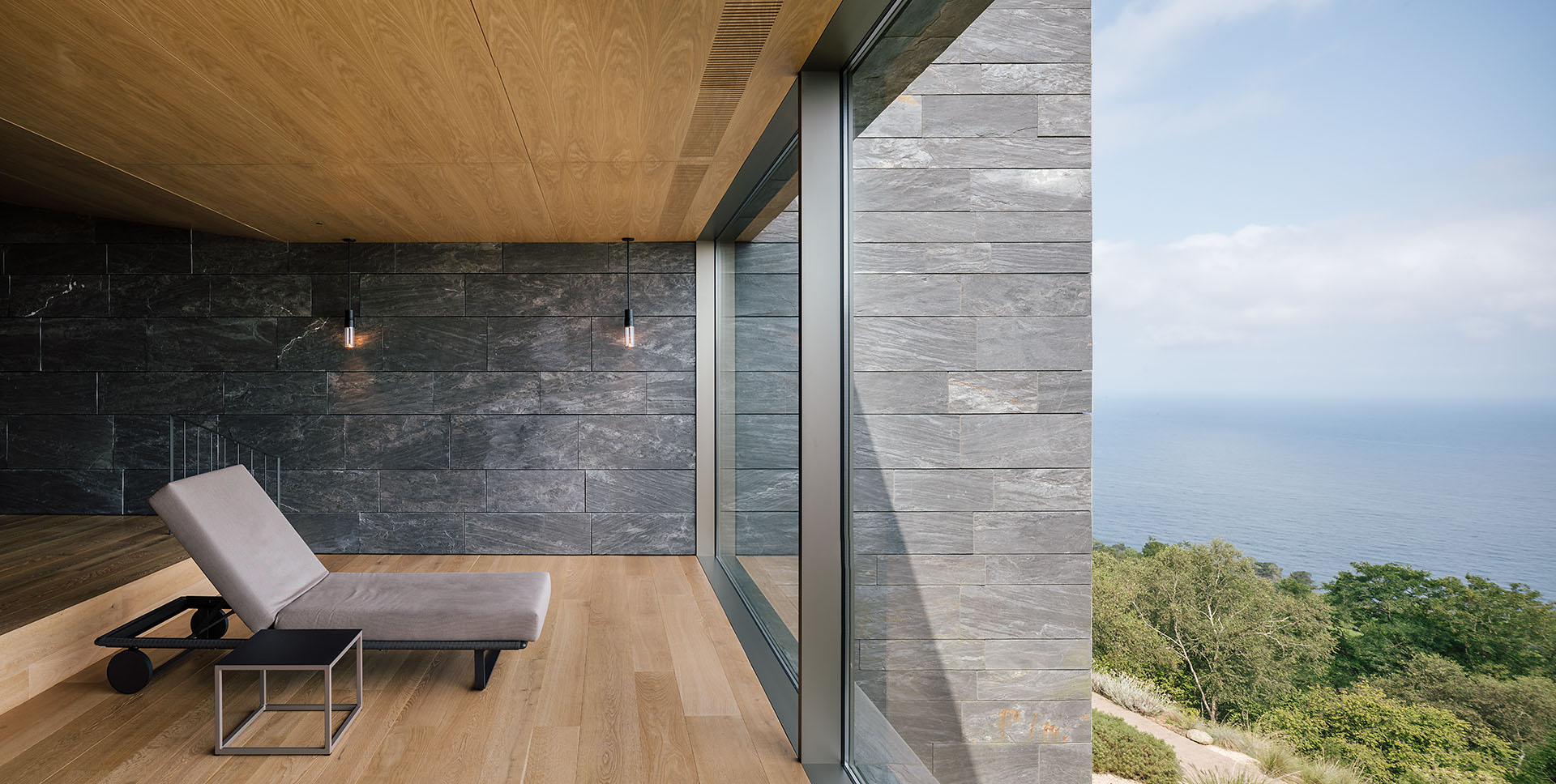