The first Cradle to Cradle building in France, designed by Carlos Arroyo Architects
The Madrid-based office is the author of the first Cradle to Cralde building certified in France, implemented together with local team Ekoa; it is a seed building, the “Project House” (Maison du Projet), a place meetings and debates to introduce the circular economy in the metropolitan area of ​​Lille.

After the closure of the factory complexes of Roubaix, the Metropolis of Lille (MEL) decided to implement an urban regeneration plan for an area of ​​approximately 1,000 hectares, to be completed in 10 years, introducing productive, cultural and residential activities around the idea of ​​circular economy, in which the concept of waste does not exist.
The first step, the Maison du Projet de La Lainière de Roubaix, has a double function; On the one hand, it will be the operational center for the project, with its offices, meeting spaces and multipurpose room, for future competitions, exhibitions, presentations and workshops that help materialize this innovative economic, social and environmental concept; on the other hand it has an exemplary mission, to demonstrate that a building can be built following the principles of the circular economy, within a normal budget for a public building.

C2C: Cradle to Cradle – Circular Economy
According to the principles of C2C, the construction was made in such a way that the materials could be reused, distinguishing the technological ones – screwed on to the surface so as to be easily reused – and the biological ones – without added chemicals for their possible safe reincorporation into natural cycles. There were no earthworks, the foundations being recoverable metal piles driven into the ground; The entire structure and façade can be disassembled and reassembled for possible reuse; most of the materials employed are biodegradable and / or recyclable; the building is powered by clean energy, the sanitation systems do not generate waste but fertilizer for the vegetation implanted in the environment, selected to neutralize some existing pollutants in the subsoil due to the old industrial activity.

Flexibility and Superfurniture
The building structure is a CLT honeycomb, resulting in a backlit facade reminiscent of the old factory buildings. This structure generates two clearly differentiated types of spaces: the alveoli on the façade that house rigid programs such as offices, bathrooms, kitchen, etc. on the lower ground; while the upper cells act as warehouses, facilities rooms, etc. Behind the alveoli large hall can accommodate almost any activity. Uses are facilitated by a collection of mobile furniture that equips the space: A large staircase, a series of tubular lamps, a portable office that provides data, electricity and light, an inflatable structure that unfolds in a few minutes, a plug-in kitchen with wheels, or a wardrobe.

Energy Management: Thermal Onion
The configuration of the building facilitates its heating by establishing various degrees of thermal comfort. One of the upper alveoli houses a pellet hopper that feeds the biomass boiler. The alveoli, of smaller dimensions, are heated by the boiler while the large hall accumulates heat in winter with a polycarbonate cover that serves as a greenhouse while in summer it generates cross currents with a system of louvers on the facade. In addition, part of the building’s energy comes from the thermal and photovoltaic panels in the roof.

Water Management: Ecomonumentality
The main façade of the building, composed of a series of slats that protect the building from direct sun exposure to the south, are interrupted by 3 large black chimneys. It consists of 3 dry toilets that eliminate the use of water in the sanitation of the building generating a cycle of composting. The black columns heated by the sun facilitate the evaporation of liquid waste, with the help of the mechanical wind-operated turbine at the top of the chimney. These façade elements are an eco-monumental manifest of the building’s commitment to the environment.
On the other hand, the building is equipped with a rainwater collection and storage system housed in one of the upper alveoli. The system consists of two recycled barrels and a filter. Excess water is led to a pond next to the building. The filtered water can be uses for maintenance purposes and gardening.

Demonstration building
The function of the building as a forum for debate on the circular economy, and at the same time as an example of architecture integrated in it, emphasizes the need to build step by step a new culture that allows us to face the environmental challenges of the coming decades. 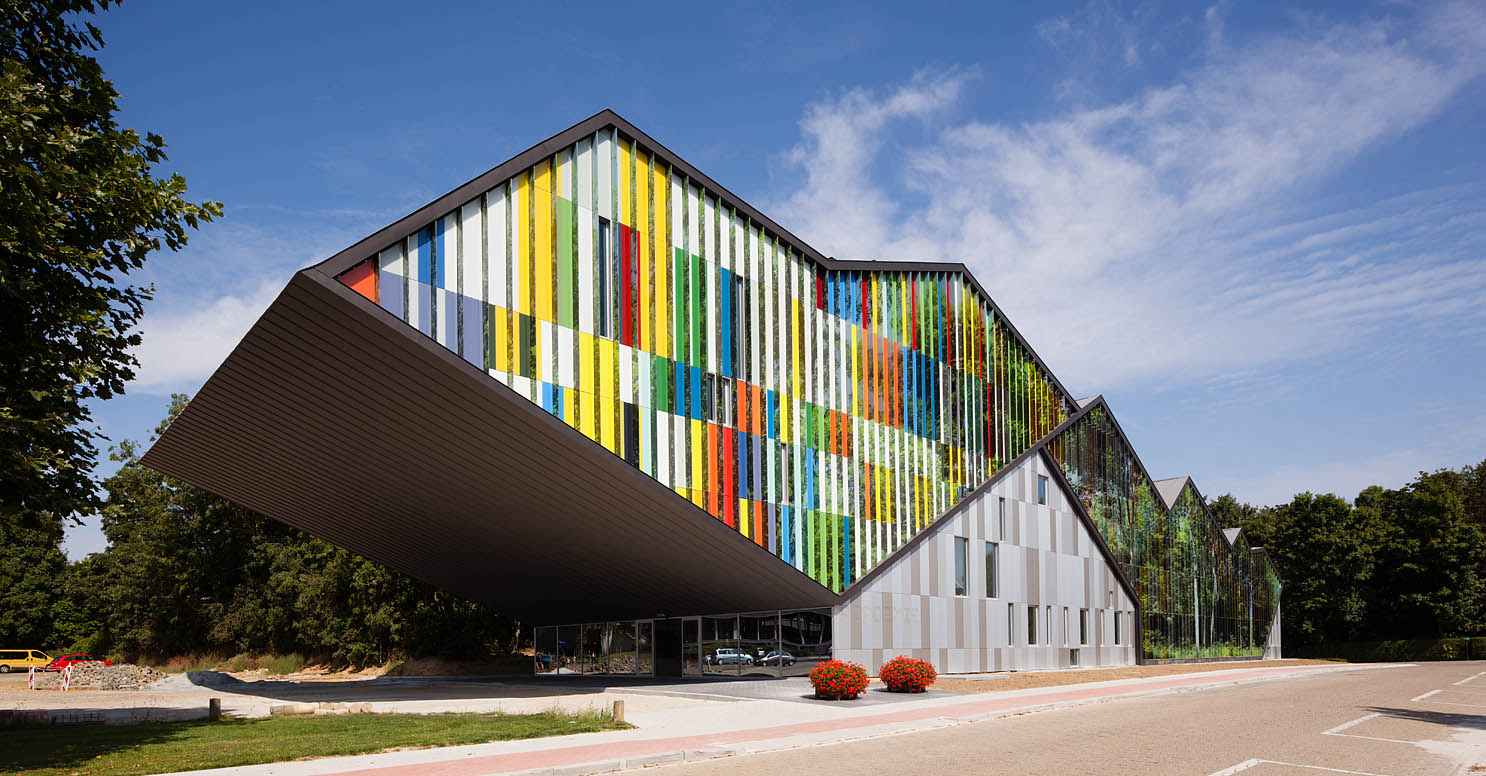 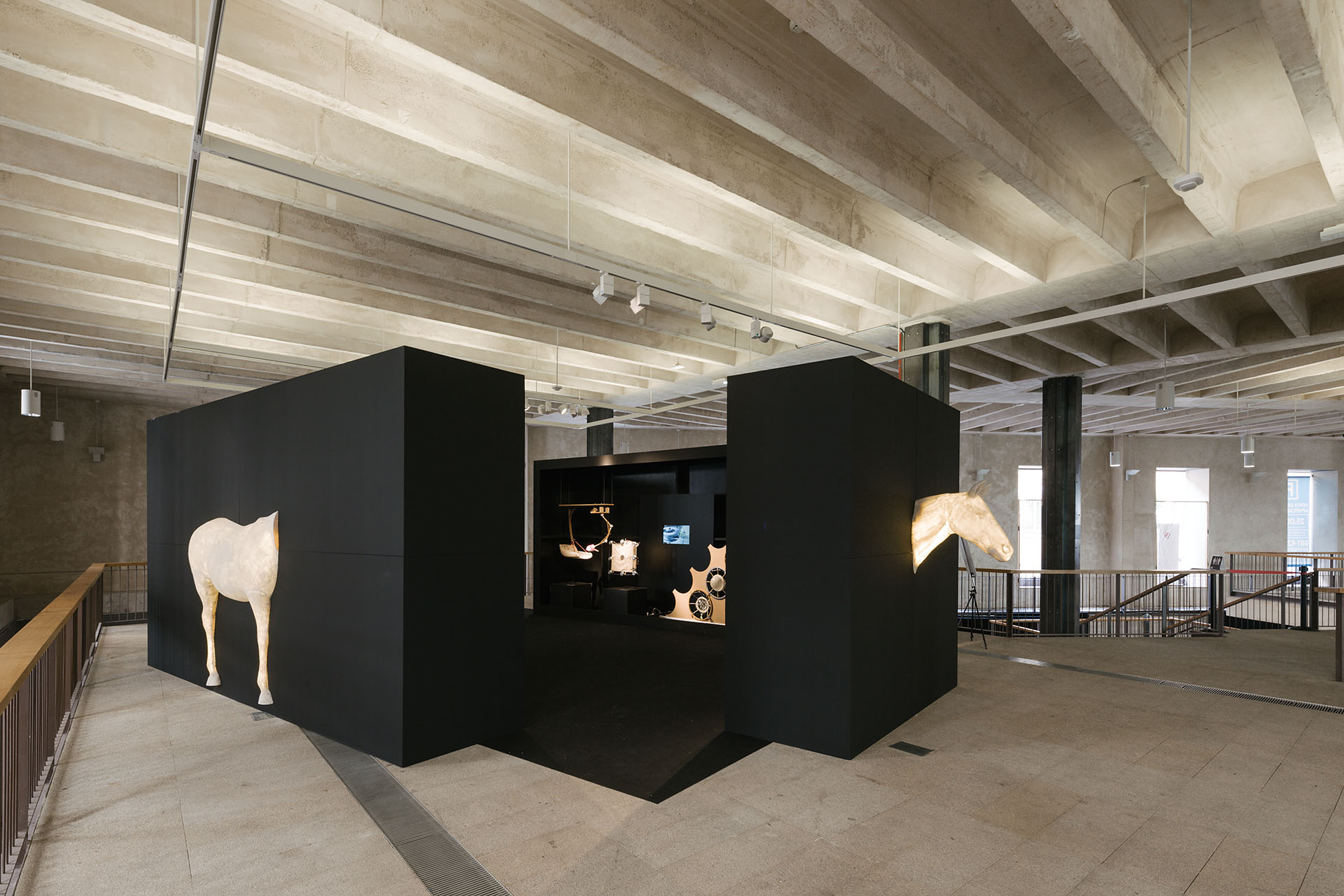 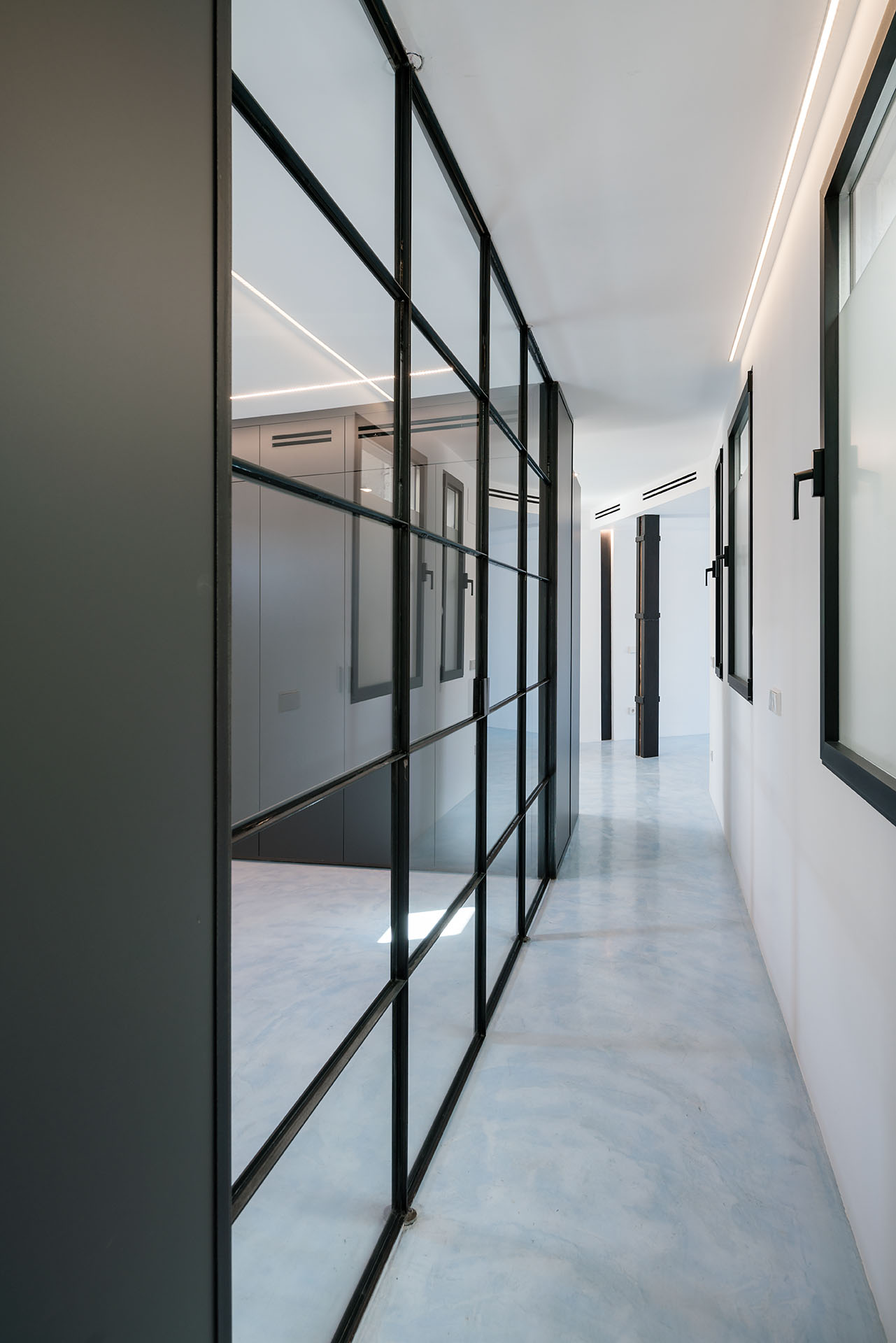 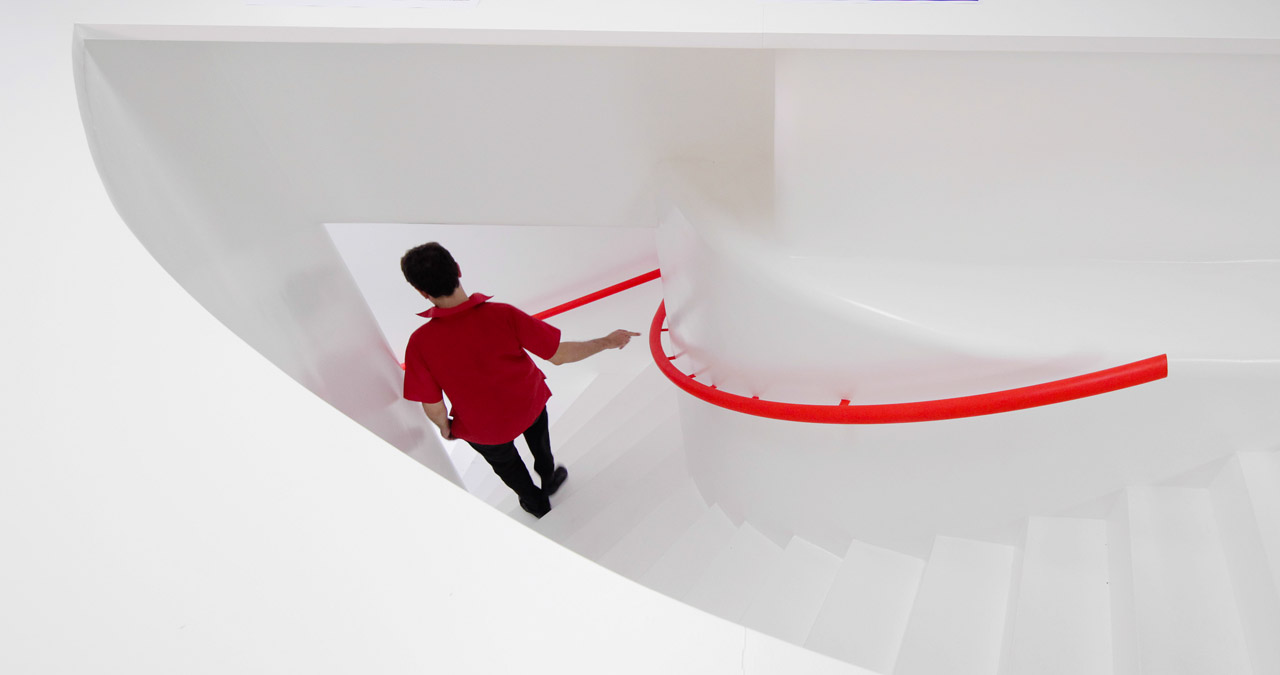 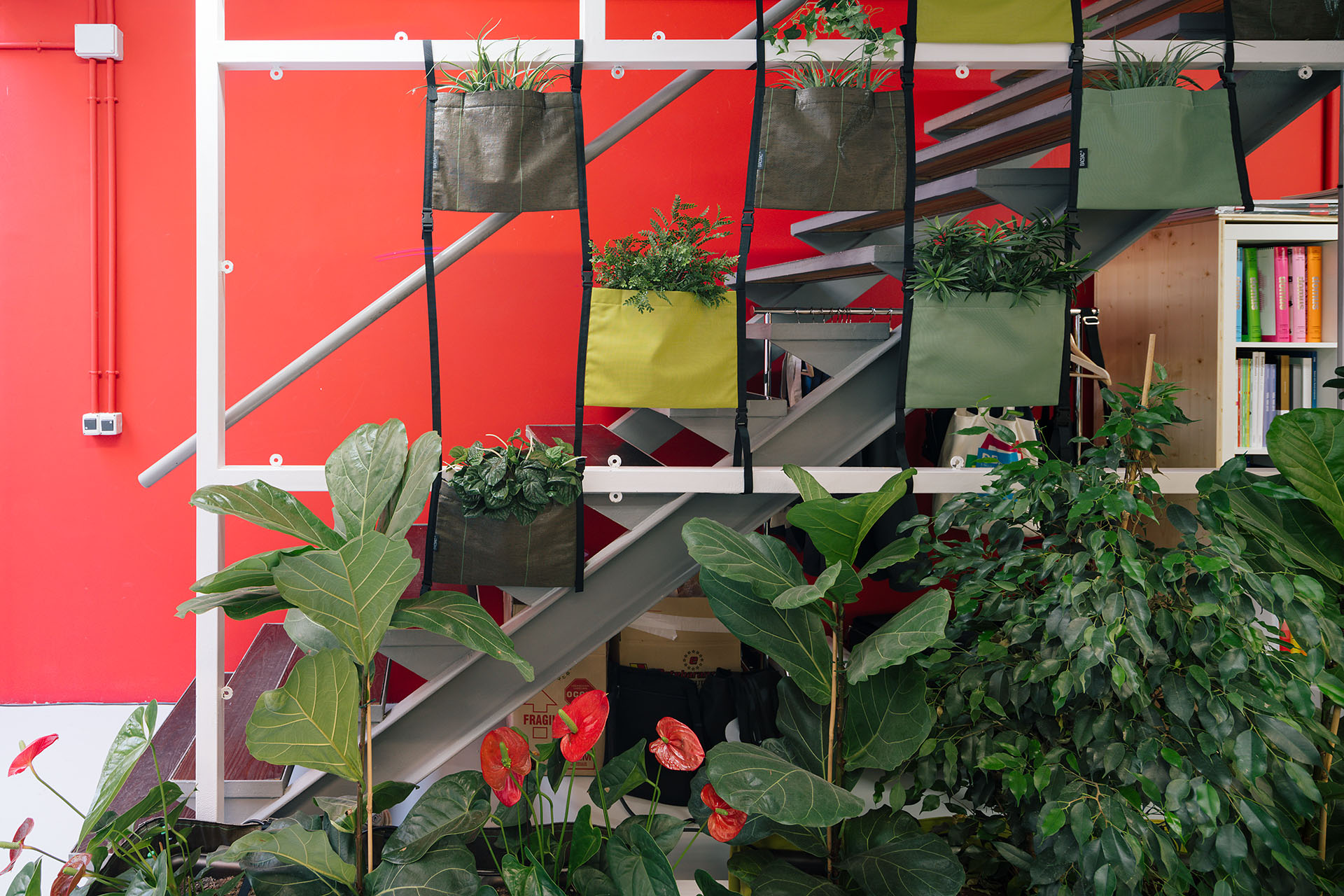 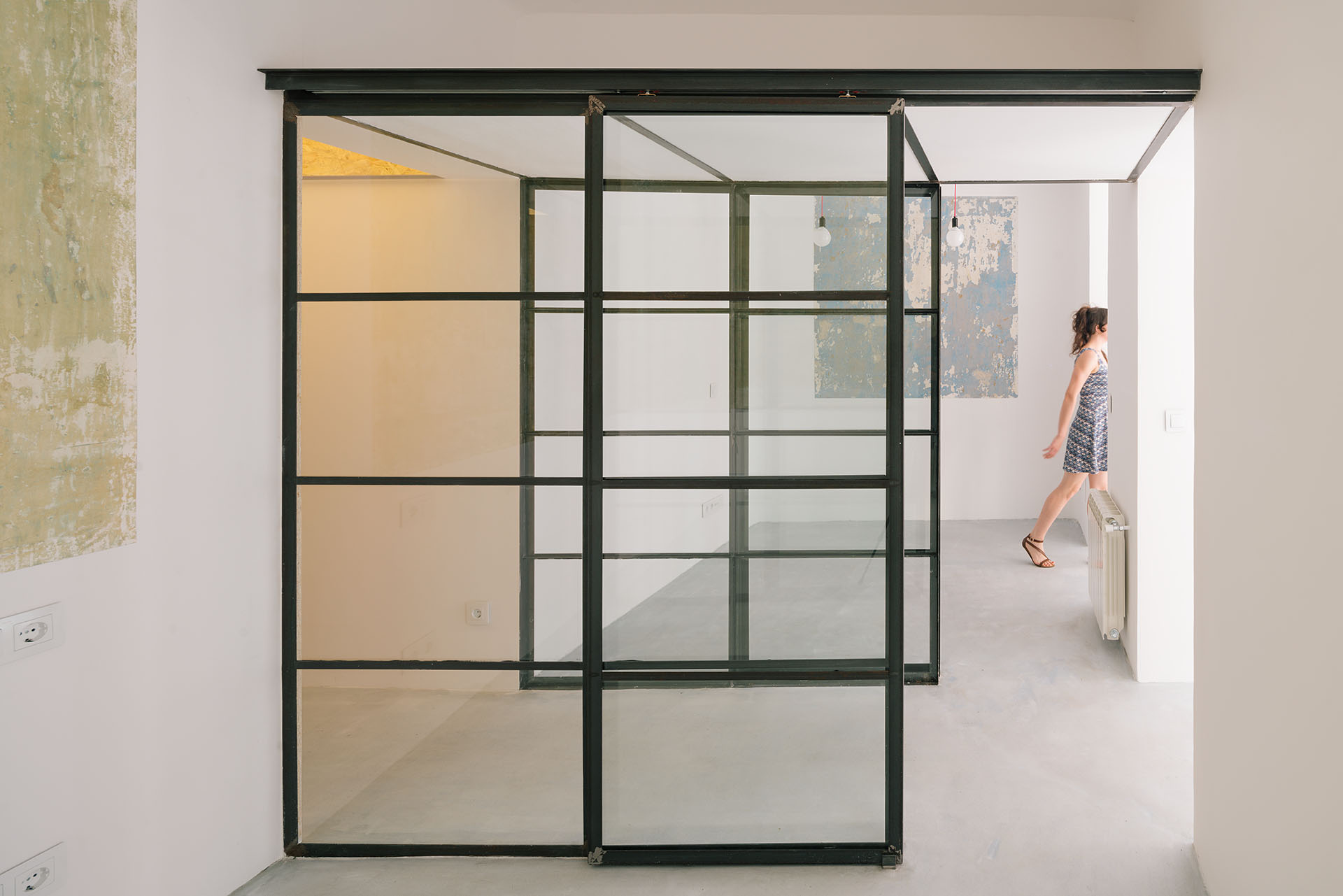 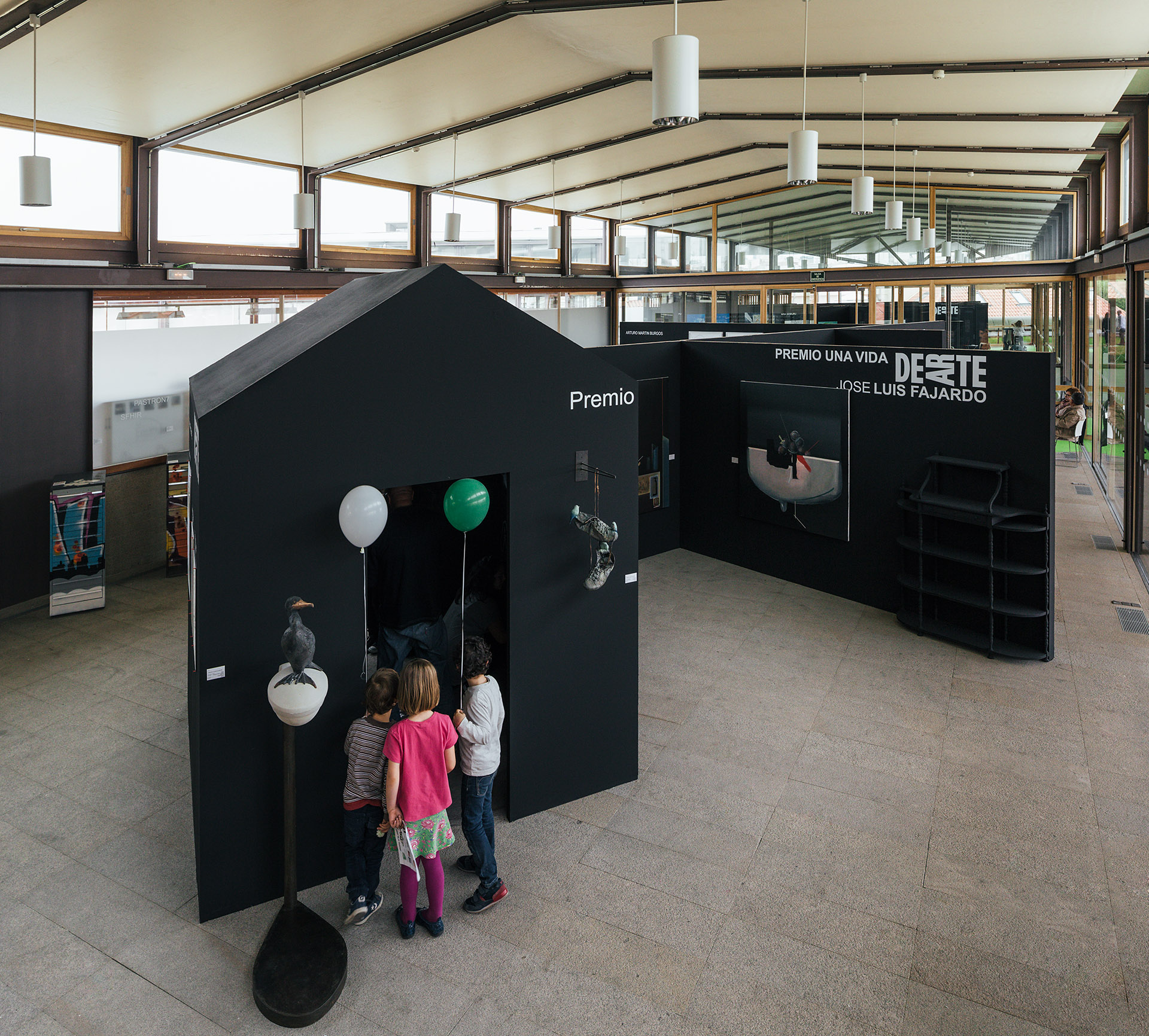 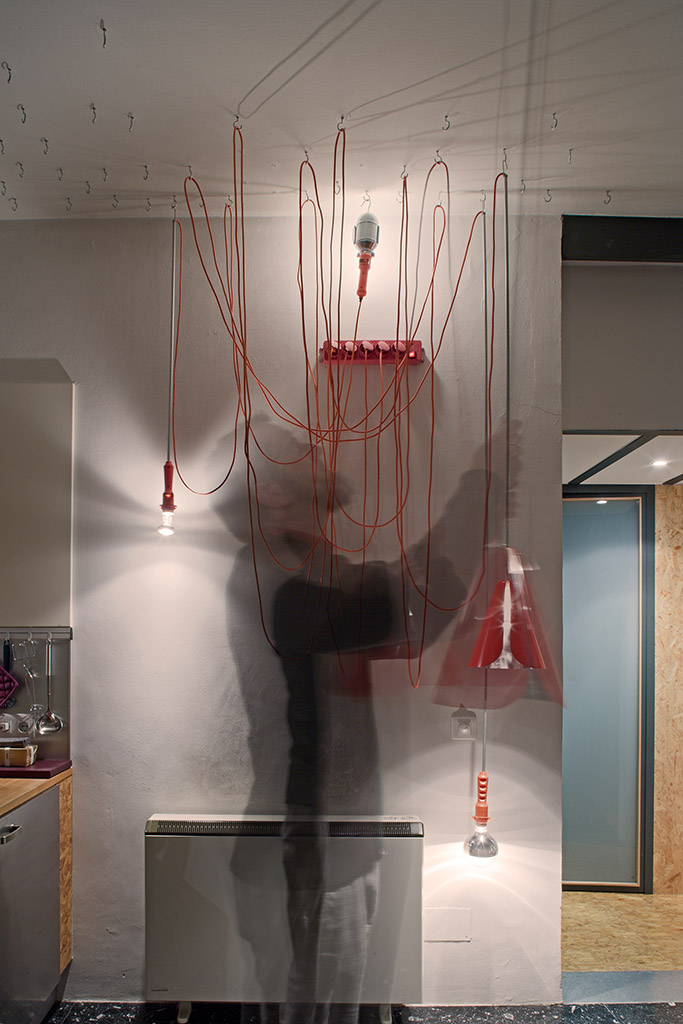 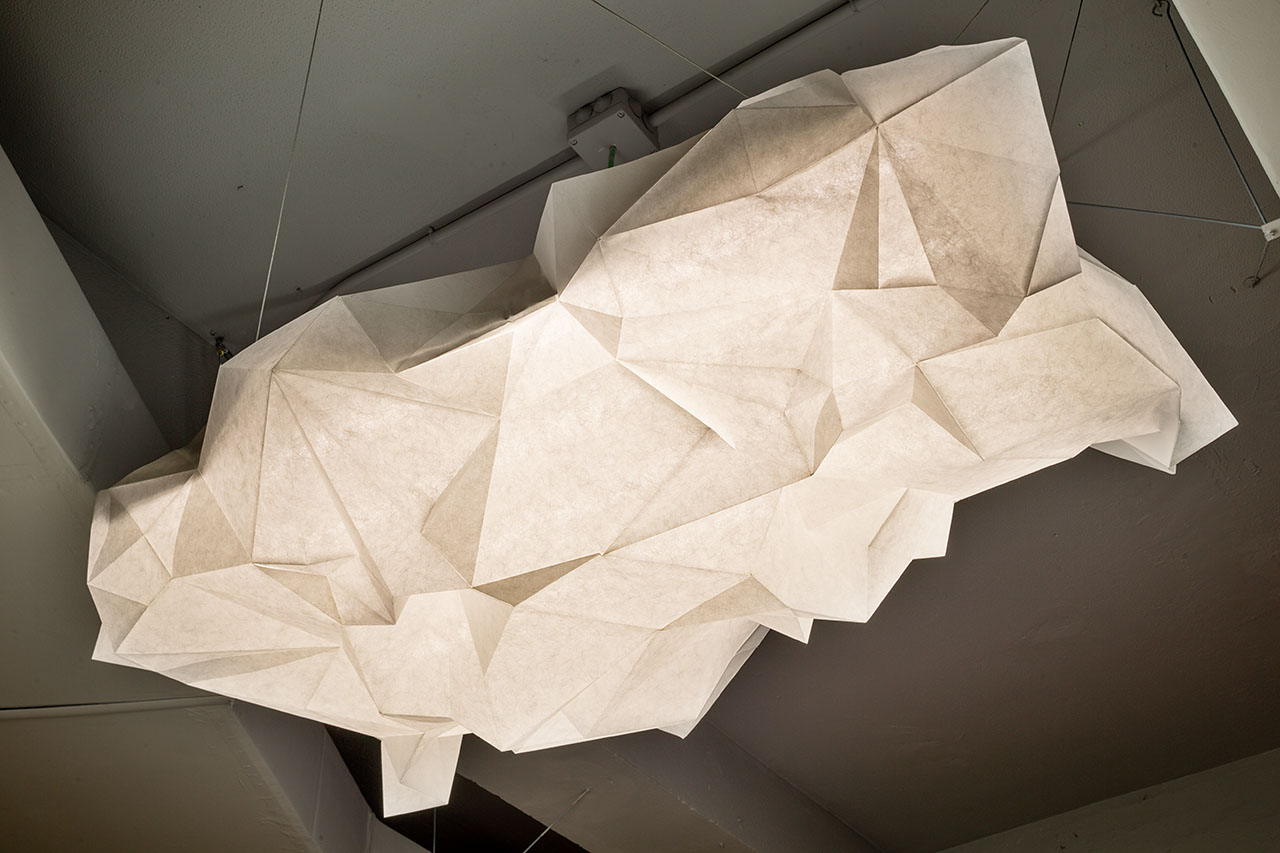 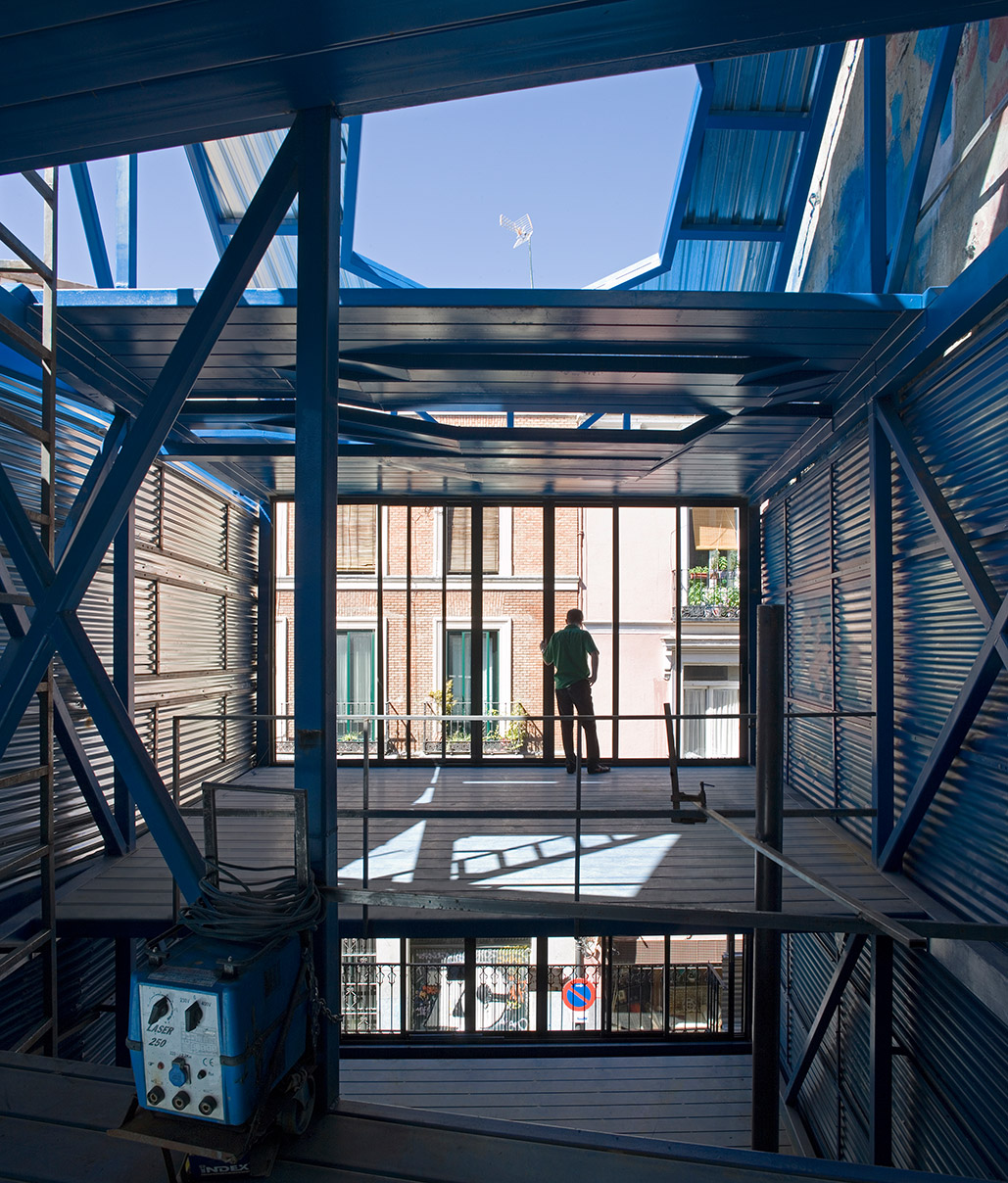