POST-INDUSTRIAL AESTHETICS… The building hosts a microbiological and chemical analysis laboratory with extremely complex functional facilities… this requires great functional efficiency in its final use… compatible with a hyper-advanced image that, in parallel, aims to evoke emotions… the building presents a marked post-industrial aesthetic character… URBAN REACTIVATOR… that reactivates the powerful surrounding industrial landscape… through its perforated facades it filters the environment and generates its own interior landscape… HYPERTECHNOLOGICAL FACE… the design of its exterior volumetric architecture is based on the hypertechnology of high-speed trains… and also in the triangular geometry of the dome of the Hall of Ambassadors and in the transition of spaces in the Reales Alcázares of Seville… it is technology in dialogue with tradition… the past related to the present and the future… BIOCLIMATIC ACTIVE SKINS… the building protects itself from the sun, providing its own shading thanks to the fractured design that creates a double facade… it creates an inner glass envelope and an outer super-perforated aluminium envelope are made up, generated with parametric-computational systems… between these two building envelopes, the effect of a solar chimney is created and adjusted depending of the function of each of the building’s orientation: to the North with large perforations; to the West it is more opaque, with small perforations; to the East it receives the morning sun through variable perforations, and to the South – where the building facilities are located – it is practically opaque… EXTERIOR SKINS, VARIABLE GEOMETRY… the outer skin has variable geometry… with its perforations it shifts and blurs the light creating a more intimate interior space… the interior glass skin, with functional geometry, wraps the laboratories… FUNCTIONAL LAYERS… the interior is composed by superimposed spatial strata… they generate a high spatial complexity, through the extension and overlapping slides of the different spaces and volumes… thus, the building extends into the existing surroundings… THE STAIRCASE-SCULPTURE… a great central staircase-sculpture choreographs the building, with light descending from the lightwell… HYPERTRANSPARENCIES… the interiors are illuminated, with sunlight filtered through the skylights, passing through the transparent glass planes… creating a play of light and shadow… beautiful, reflective and mysterious spaces arise, with optimal conditions to inhabit and work… FRIENDLY ACCESSIBILITY… a ramp-bridge over the void of the patio allows universal accessibility to the ground level, elevated from the street… WEIGHTLESSNESS AND LIGHTNESS… the building rises generating a sensation of weightlessness… it is suspended, with a large cantilever, floating and leaving a threshold area that allows it to filter into the sky and the landscape… as was often the case in the architecture of the Islamic West… SUPERSTRUCTURE… a building of great sophistication, of reinforced concrete and steel, allowing for large spans across the building’s interior, creating very diaphanous spaces, necessary for the functioning of the laboratory…. a slab-grid – visible on the lower levels of the façade – has a clean meeting point with the exterior skin… RECYCLABLE MATERIALS… concrete, steel, glass, and aluminium… a set of materials that enhances the building’s expression and concept… SPATIAL SYMBIOSIS… all this reflects its original concept of a spatial symbiosis that creates a feeling of anticipation and magical stillness in its occupants… 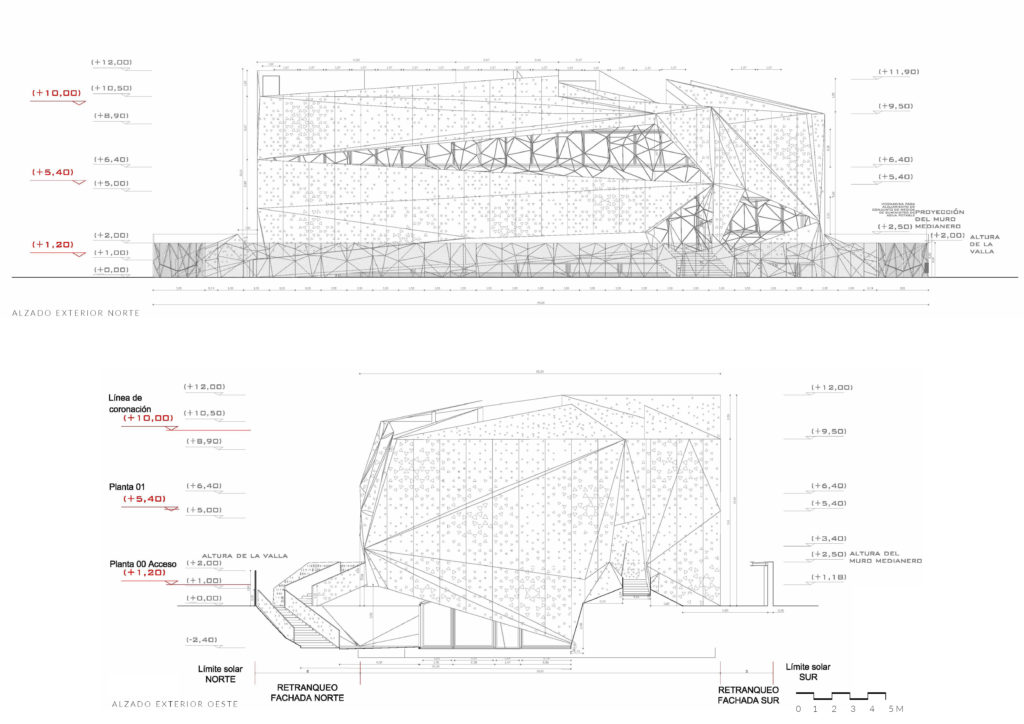 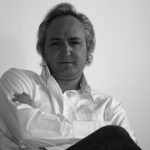 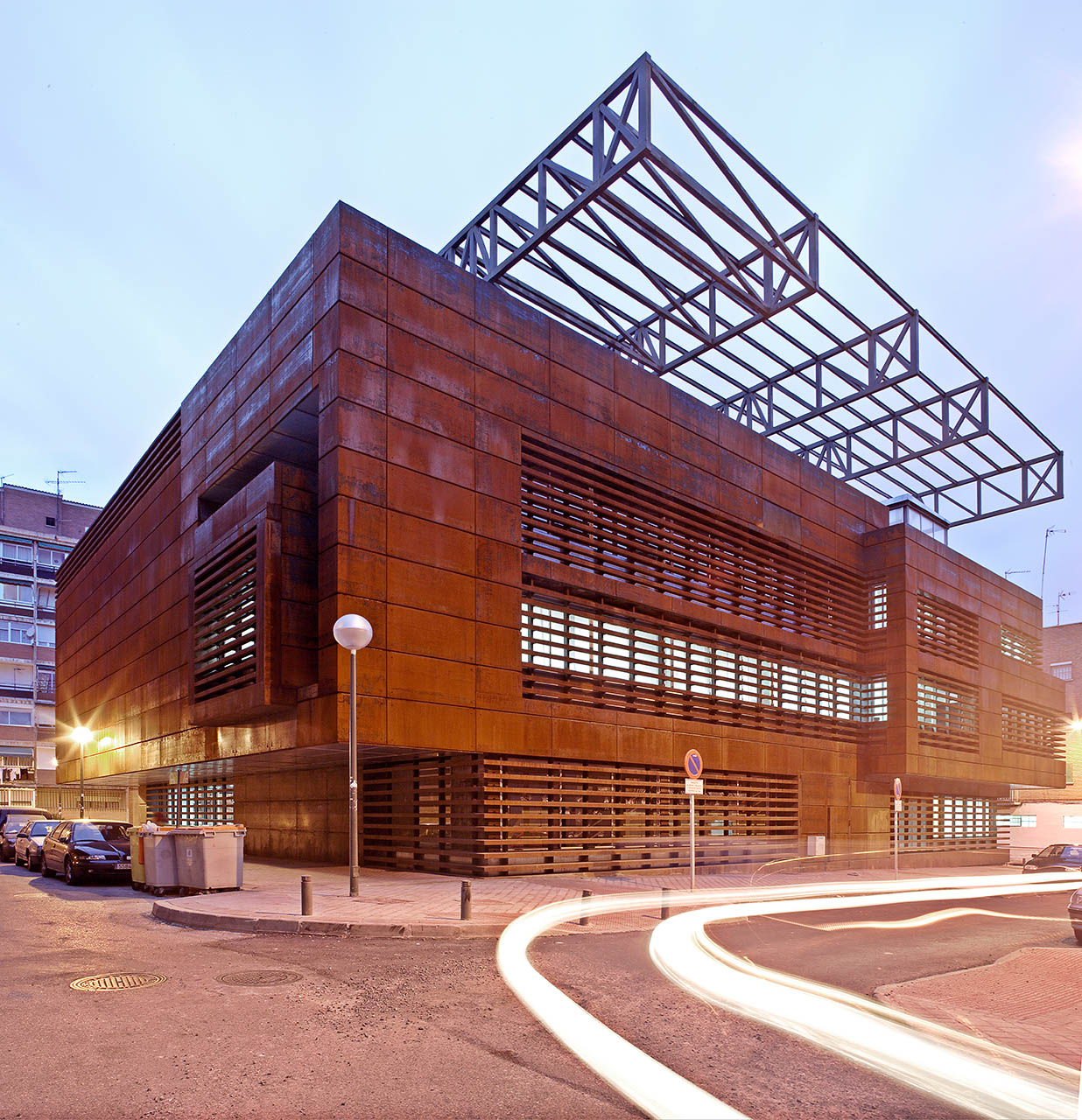 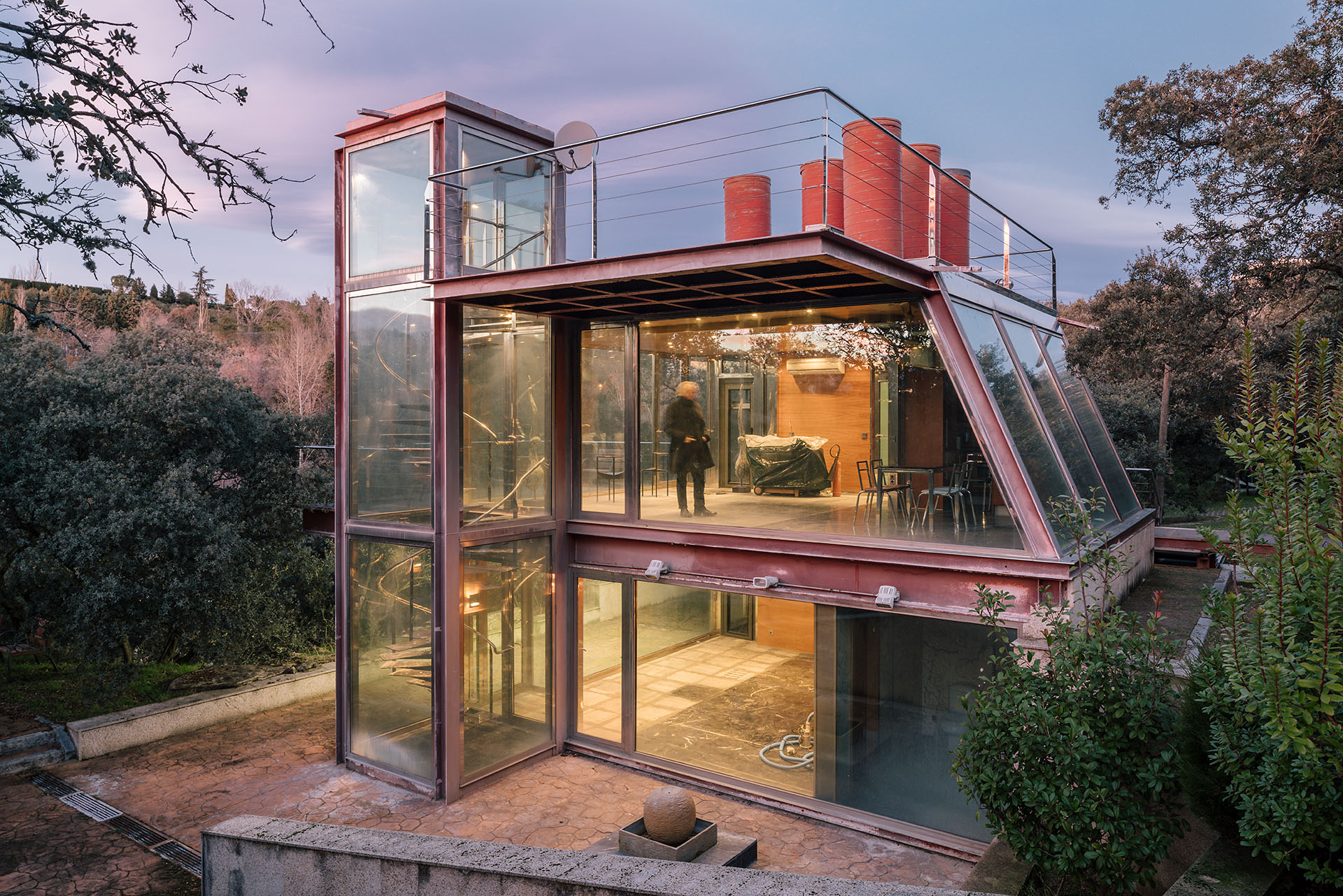 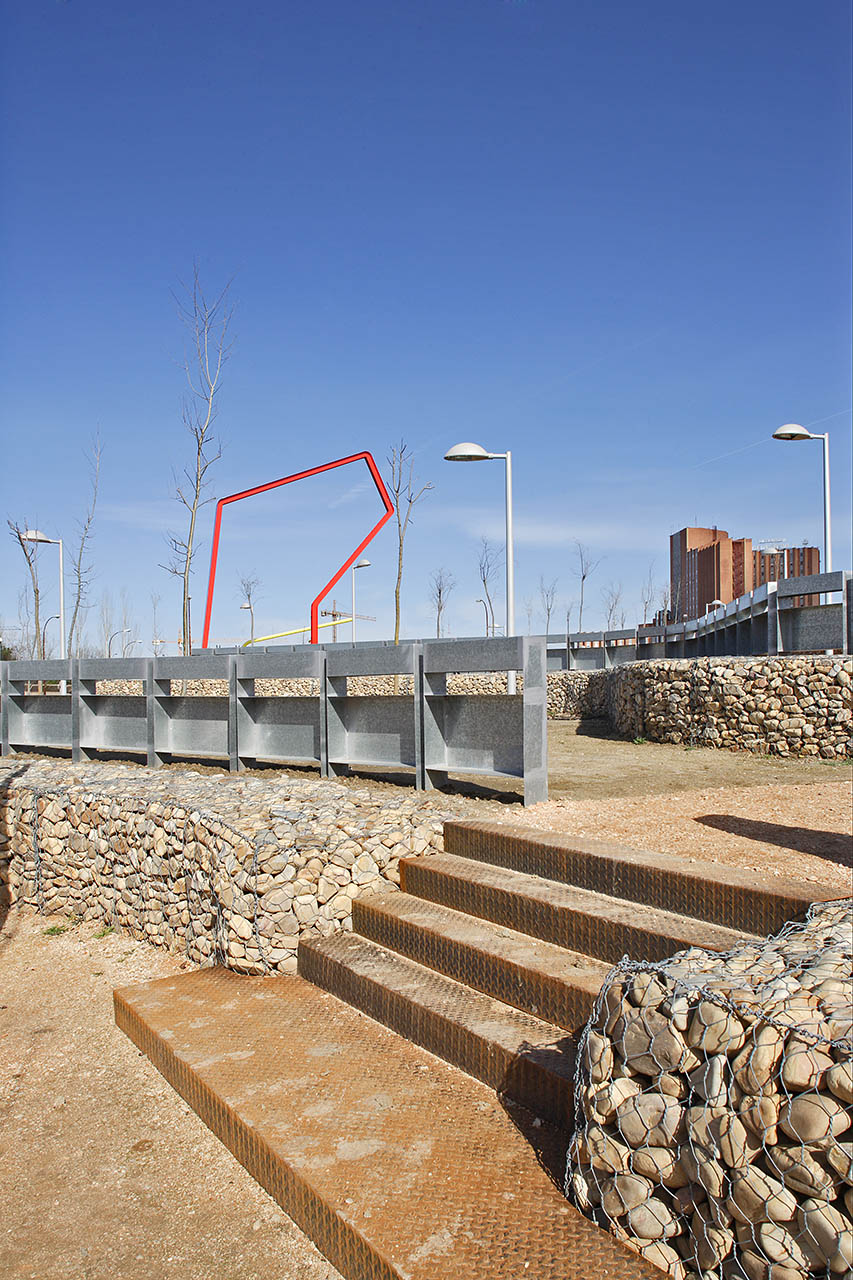