The kiosk is designed to be used for temporary street markets or handicraft fairs. It isn’t thought of as an individual object, but as part of a whole that builds up a small village, a little world of its own fitted into the city. The design is based on archetypical images: town, house, chimney… When closed, the kiosk is a volume covered by a pitched roof, a house in its uttermost minimal expression. The scale and the shape are so basic that at first glance it might even be a toy, a Monopoly house.

Upon opening, the kiosk transforms. A part of its façade rotates upon the roof and the kiosk acquires a more vertical and striking proportion: that of a house with an oversized chimney. The chimney works as a great advertising board and is back-lit at night. With the transformation the kiosk reveals its inside, a house full of surprises, each one different and randomly colored.

The base and the structure are made from structural profiles and tubing of galvanized steel, while the interior flooring is from anti-slip sheet aluminum on MDF boarding. The kiosk’s opening hatch is opaque and has three changeable positions: at 0 degrees closing the kiosk, at 90 degrees sheltering the counter from rain and sun, and at 180 degrees when the kiosk is fully open.

On the inside of the hatch, there are back lit panels for advertising the individual kiosk, which becomes visible at positions from 90 degrees to 180 degrees. One can access the kiosk through a door in the front facade next to the commerce hatch. The façade on the sides and back have no openings, damp-proofed with plates of pregalvanised lacquered steel sheeting and covered with Corten Steel plate. The pitched roof also uses the same construction.

The kiosk m.poli has been made with four different types of steel facade: naturally rusted Corten steel, polished stainless steel, matt stainless steel, steel with black lacquer finish. Throughout its development it was important that it would be an autonomous structure with everything that it needs to function independently, and to install a unit into a square does not need precise civil engineering, just a lorry, and fork-lift truck.

The kiosk moves and is transportable as a single block. In a single movement a crane can offload the kiosk from the truck and place it in its final position. Just the same, if for some reason a unit needs to be moved or changed position, it can be done quickly and easily with just a fork lift truck, or even a hand operated hydraulic jack.

More than 95% of the weight of the kiosk is from steel, in various types and forms. These materials are made from 43% recycled metals, and in terms of re-use of materials, the kiosk renders almost completely recyclable. 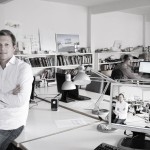 Brut Deluxe is an architecture and design studio headed by Ben Busche. Founded in 2004, Brut Deluxe operates today from two platforms in Madrid and Munich.

Brut Deluxe is focused on the investigation and creation of space and its atmospheric qualities. The projects oscillate between different scales of urban intervention: from ephemeral artistic installations to industrial design, construction design and urbanism.

According to project objectives, a multidisciplinary team involving architects, artists, designers and engineers are engaged in the design process. Brut Deluxe thrives on the international academic education and provenance of its team members.

Brut Deluxe is oriented towards the social, economic and aesthetic qualities of the projects and combines both scientific strategies and artistic approximations in the creative process. 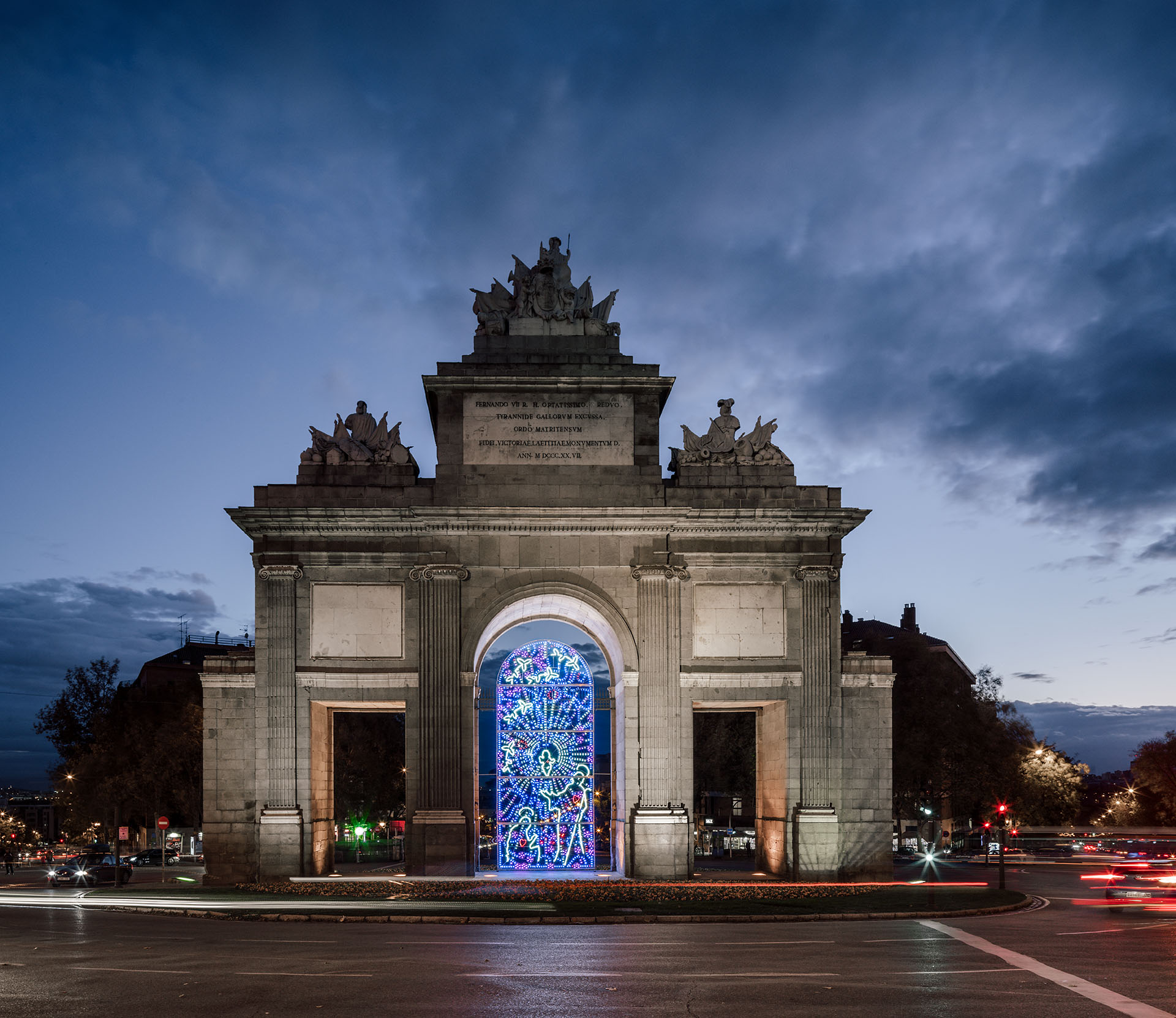 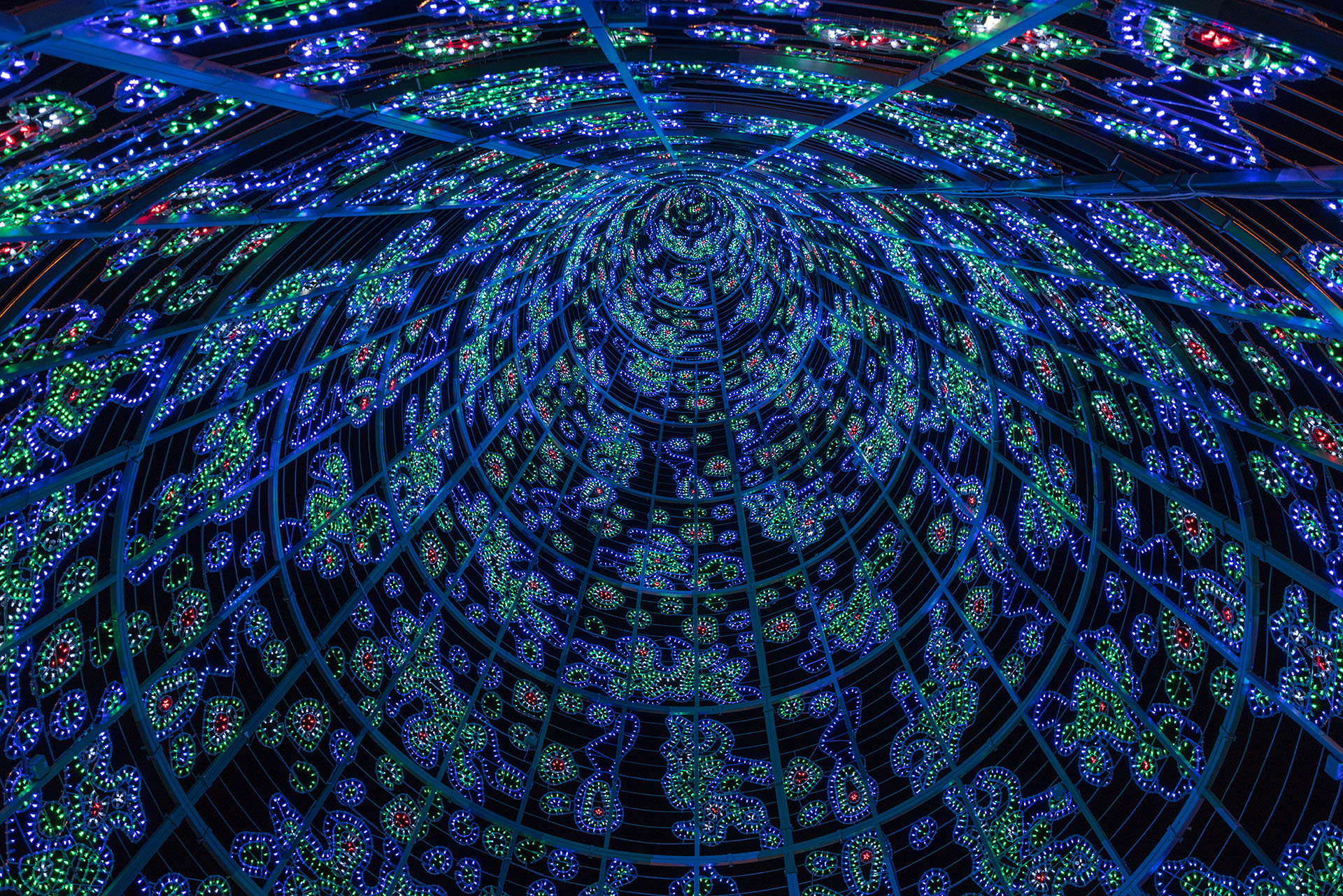 Lighting for the centenary of the Gran Vía Christmas 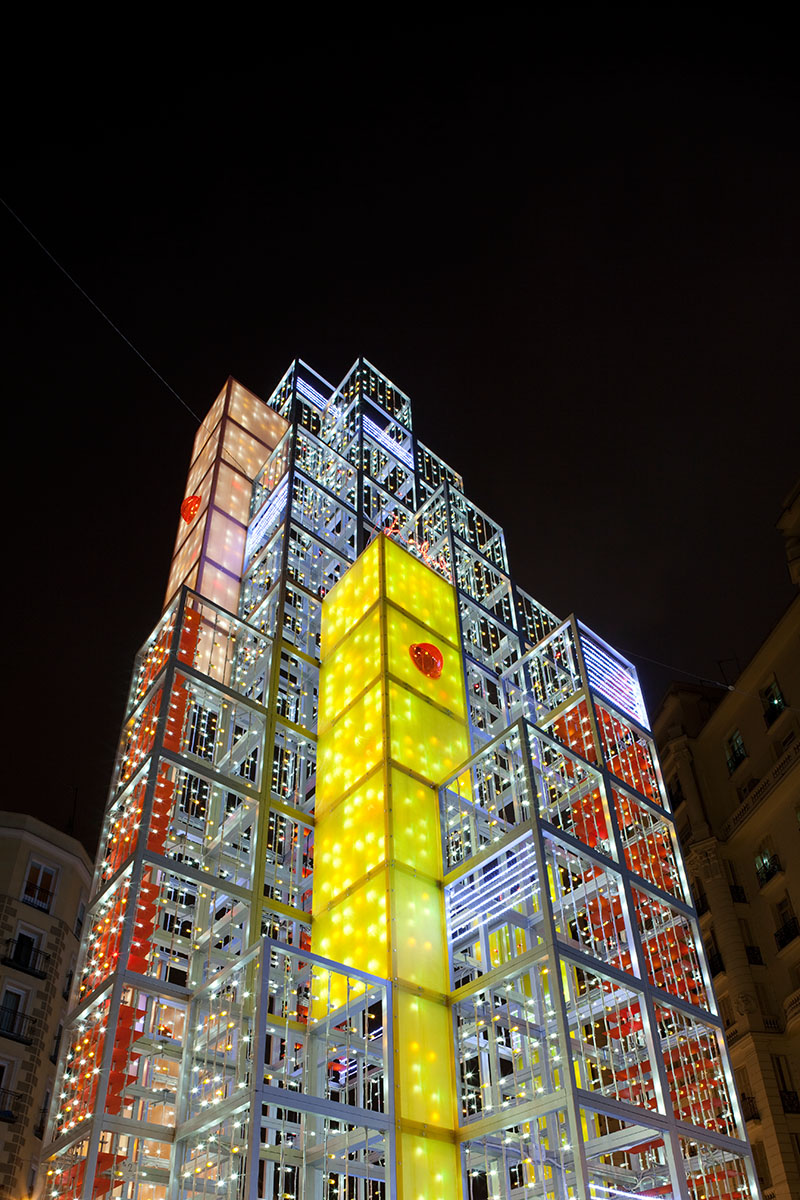 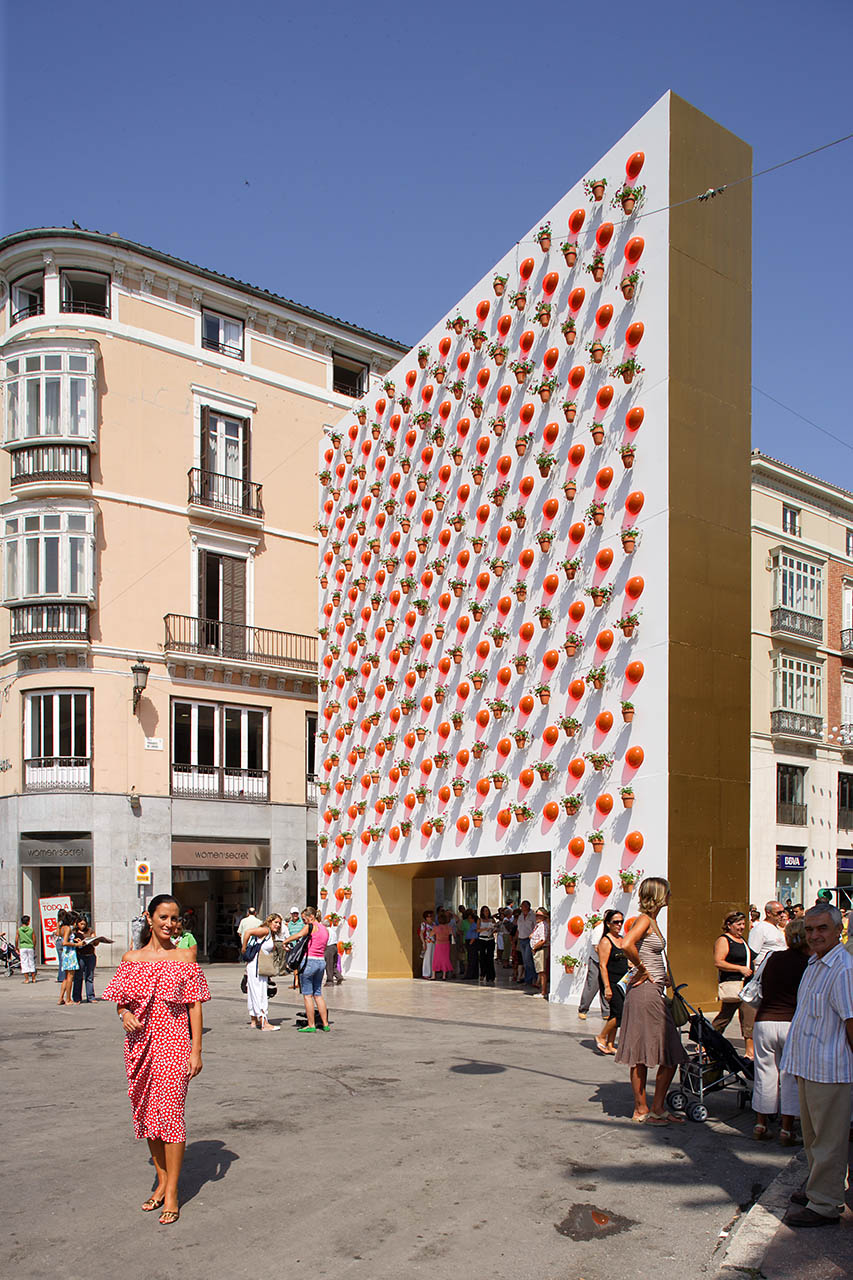 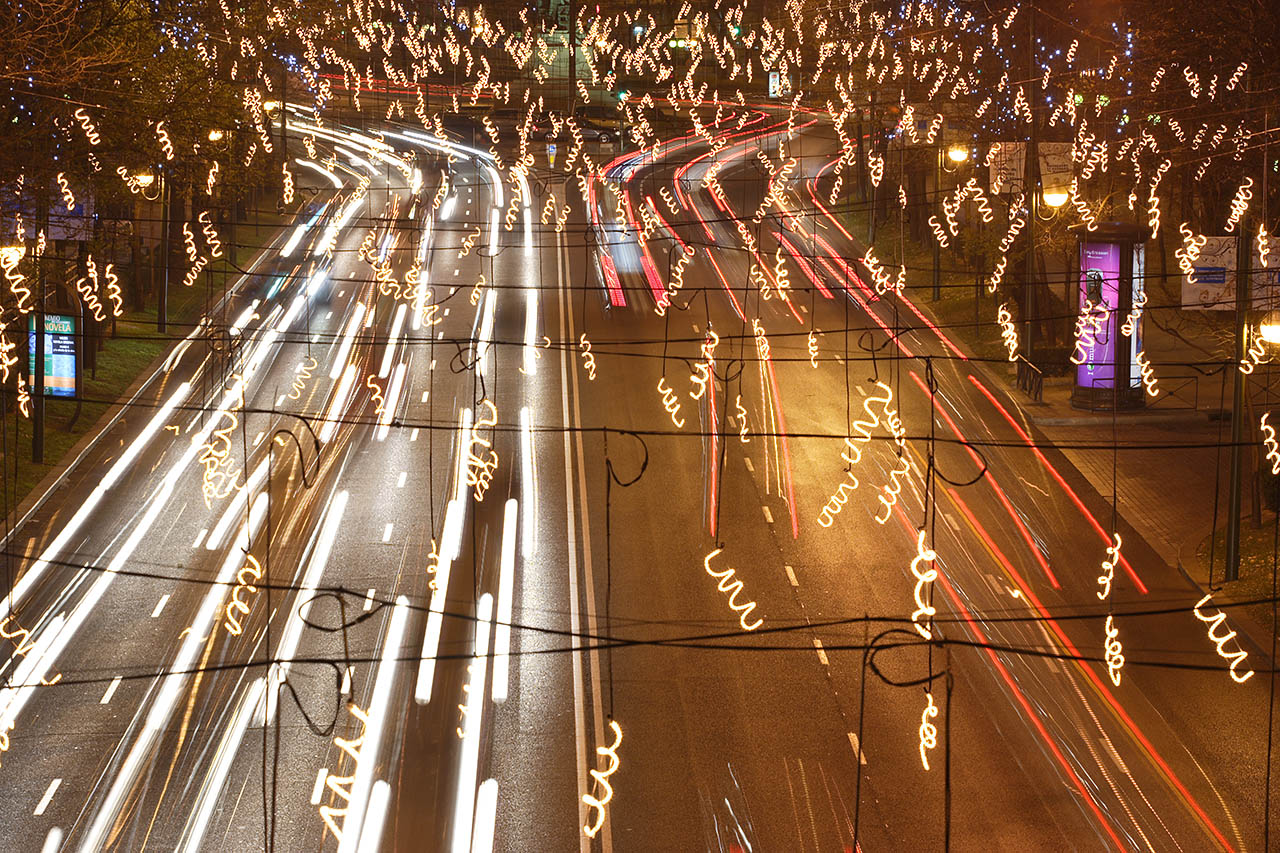 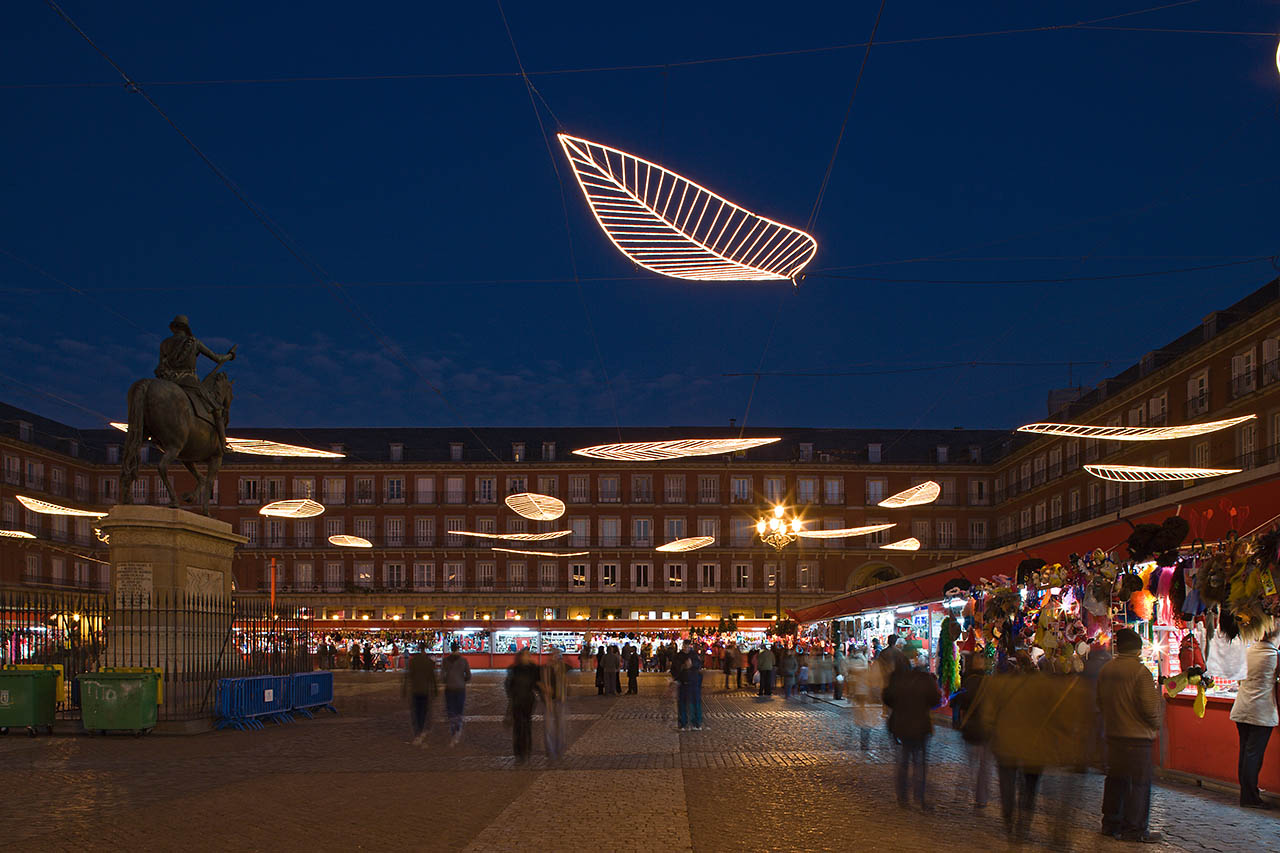 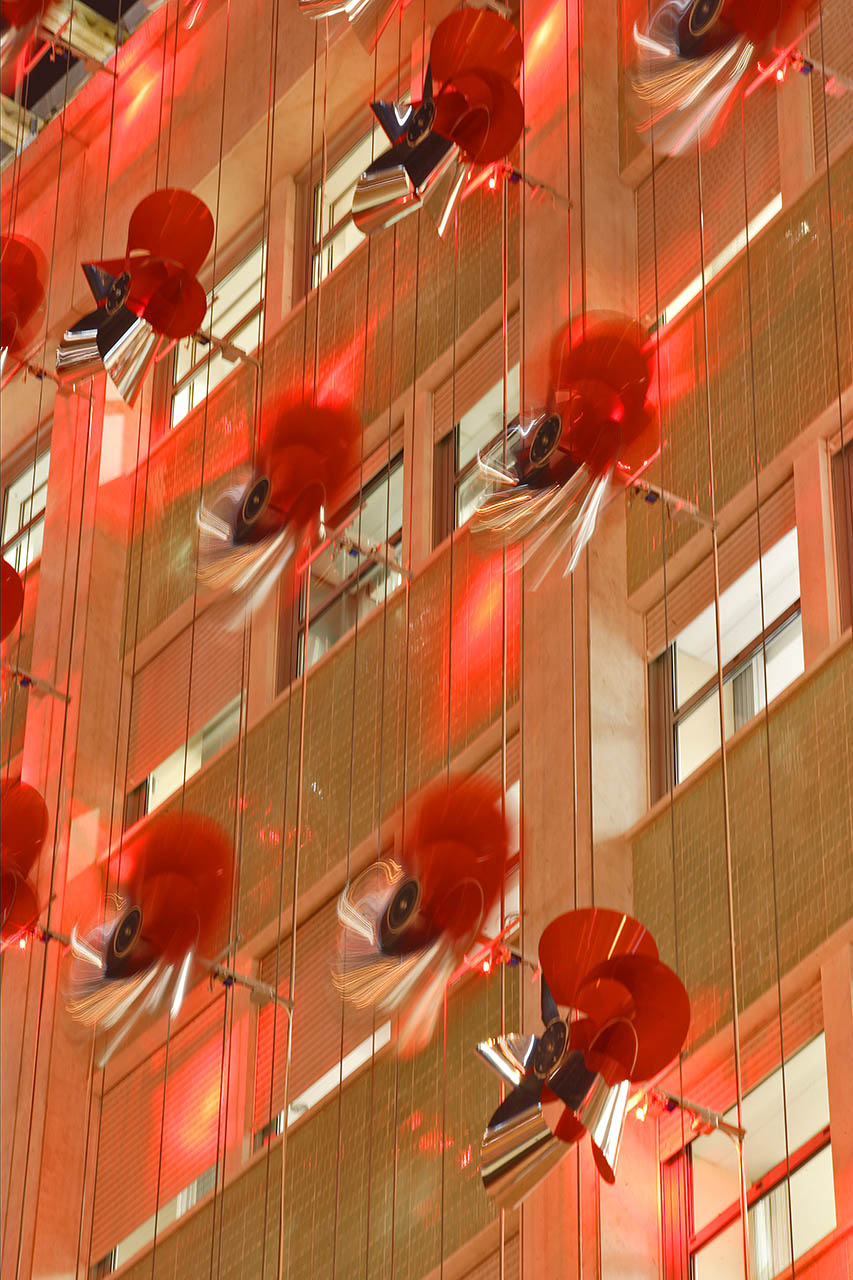 Lucia in the Sky 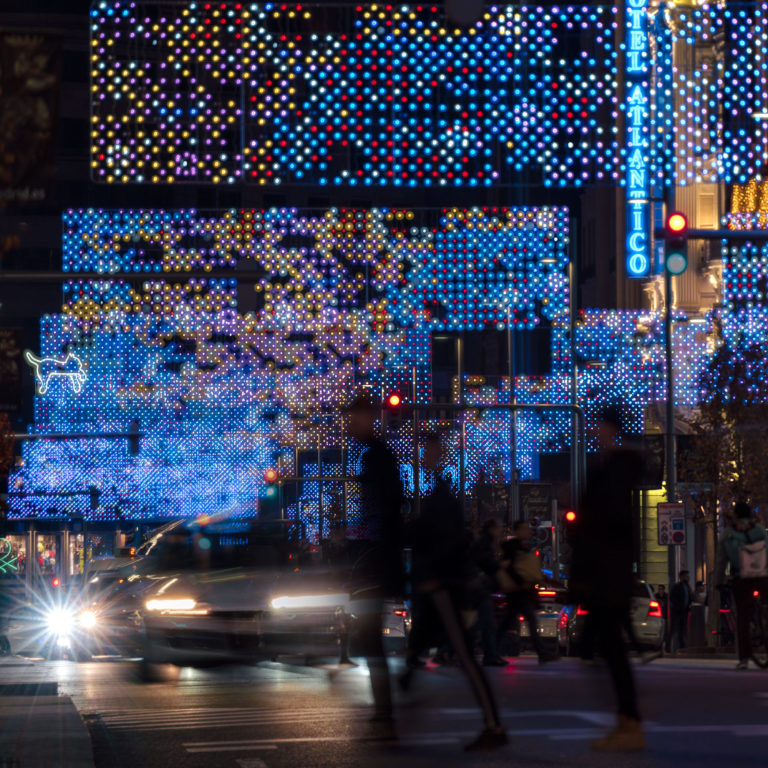 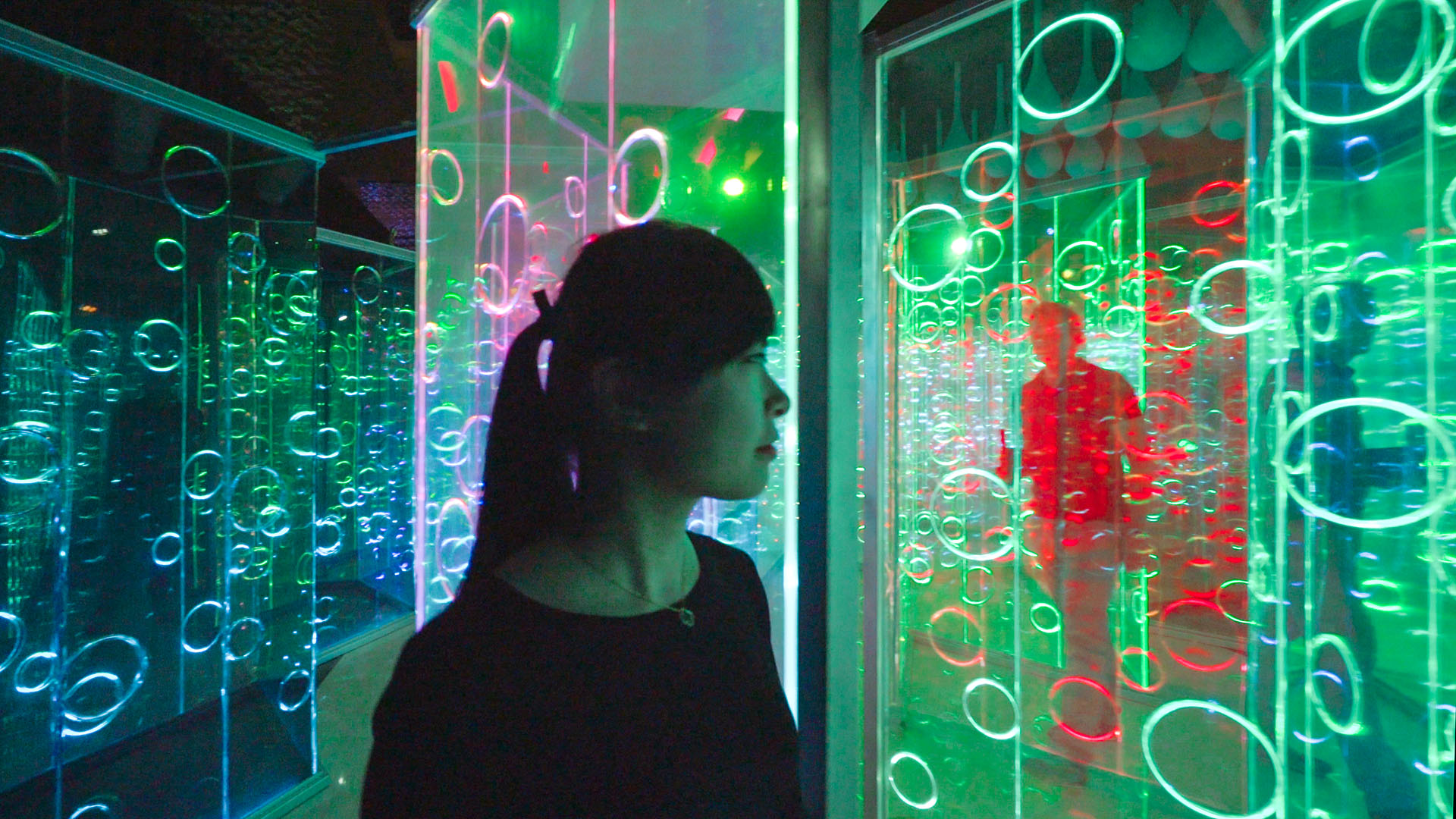