Three buildings, designed to appear as a singular structure, share a monolithic facade constructed of
corrugated panel on Marcy Avenue, in Brooklyn, New York. The height of the unifying facade,
rising to sixty feet, negotiates the surrounding structures; the elevated Brooklyn-Queens
Expressway, adjacent brownstones, and the nearby industrial buildings of Williamsburg. The site is divided into three lots, each comprising a two-family residential dwelling, accessible by
a shared entrance, and retail space with a dedicated entrance. Under the New York City building
code, a multi-use structure affects tax benefits—regulations are less stringent for a two-family
dwelling than for a multifamily dwelling unit. The rentable duplex units (1500 SF) contain four
bedrooms en suite, and target a young population interested in co-living scenarios. The apartments
address a rising demand in an area that currently lacks types that cater to a community that desires
shared-living opportunities. Accessibility to fresh air and formal variety are achieved by way of
common outdoor spaces designed for each unit, which takes the form of a terrace either at the rear
second floor connected to the living room, or on the roof for the top unit. The ten-foot ceiling
height, coupled with floor-to-ceiling windows, amplify the already-generous spatial dimensions of
the units.

The corrugated facade references the site’s history as a garage and service station and recalls the
neighborhood’s industrial past. The facade is articulated by two different types of corrugated panels
—the rib dimension of one being double that of the other—and perforated panels that partially
cover the window openings and are staggered on a per floor basis. These perforated panels conceal
the mullions of the operable windows, and at the same time provide privacy while facilitating light
infiltration and providing visual protection from the traffic of the nearby elevated roadway. During
the day the facade appears opaque and the visible portion of the window maintains a proportional
relationship with the more-typical windows of the neighboring townhouses. At night, the artificial
interior light glows through the perforated facade revealing the full extent of the seven-by-eightfoot
fenestration opening and imbuing the permeable facade with a more industrial appearance.

The preexisting steel structure and perimeter block wall remaining from the original building is
reinforced to define the ground floor retail volume and to support the three new residential floors
above. The retail space is articulated with sixteen-foot ceilings, and is designed as a flexible space
that can be subdivided or unified to become a 4800 SF. At the rear ground level, the building is
connected to a lot situated to the south of 26 Marcy Avenue and facing Hope Street, which runs
perpendicular to Marcy. 69 Hope Street, Phase 2 of the residential-retail development employs the
same design strategy, construction system, zoning calculations, and material pallet. Presently, the
building associated with Phase 2 is under construction on the adjacent lot. Retail programming
mediates between both residential buildings at the ground floor creating the illusion of an integrated
structure.

Designed as an ensemble, which condition is revealed by the similarly articulated facades of the
Phase 1 and 2 structures, the buildings embody the potentials that can be achieved by working
strategically within the parameters of the often-complex New York City building codes. 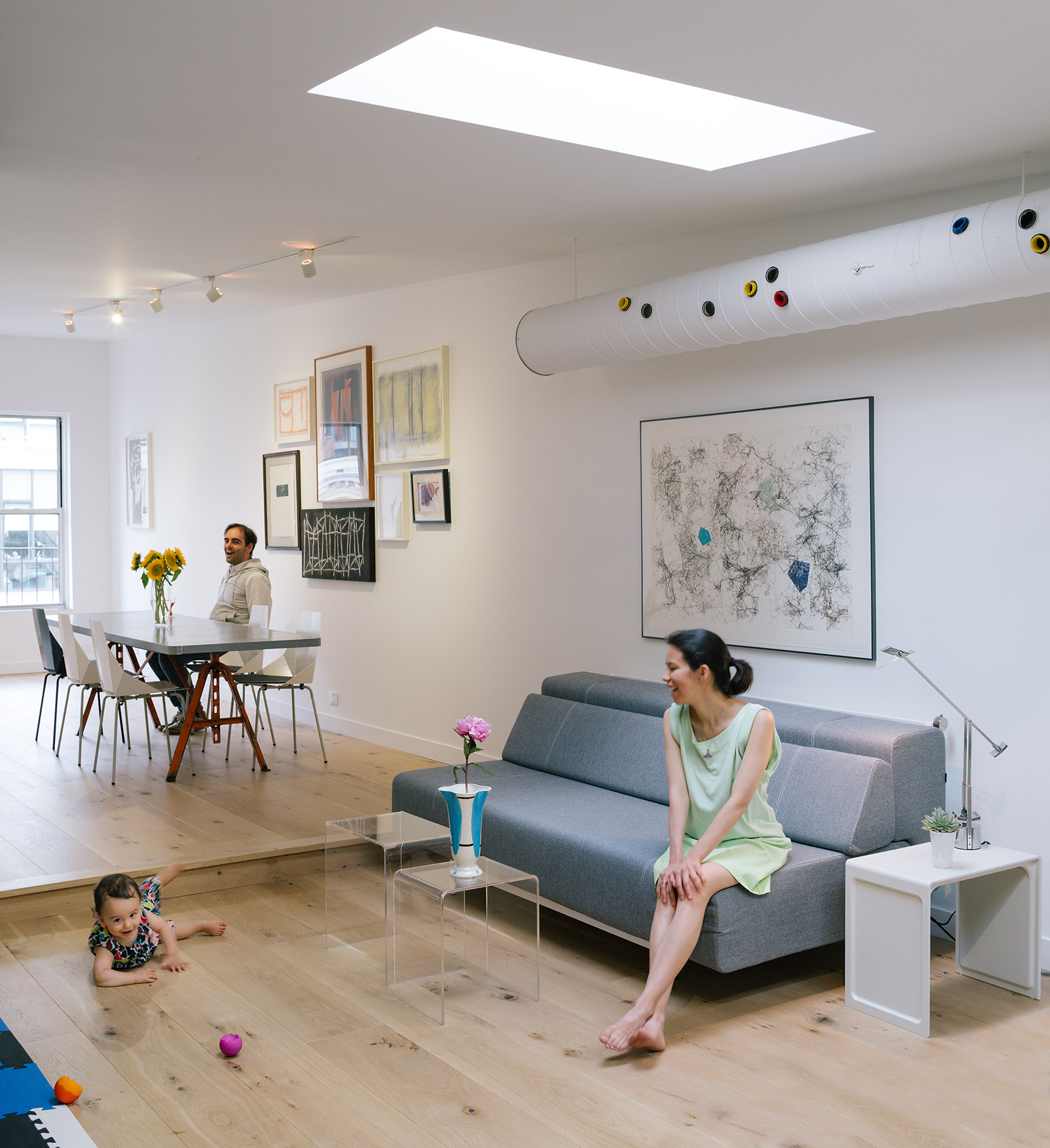